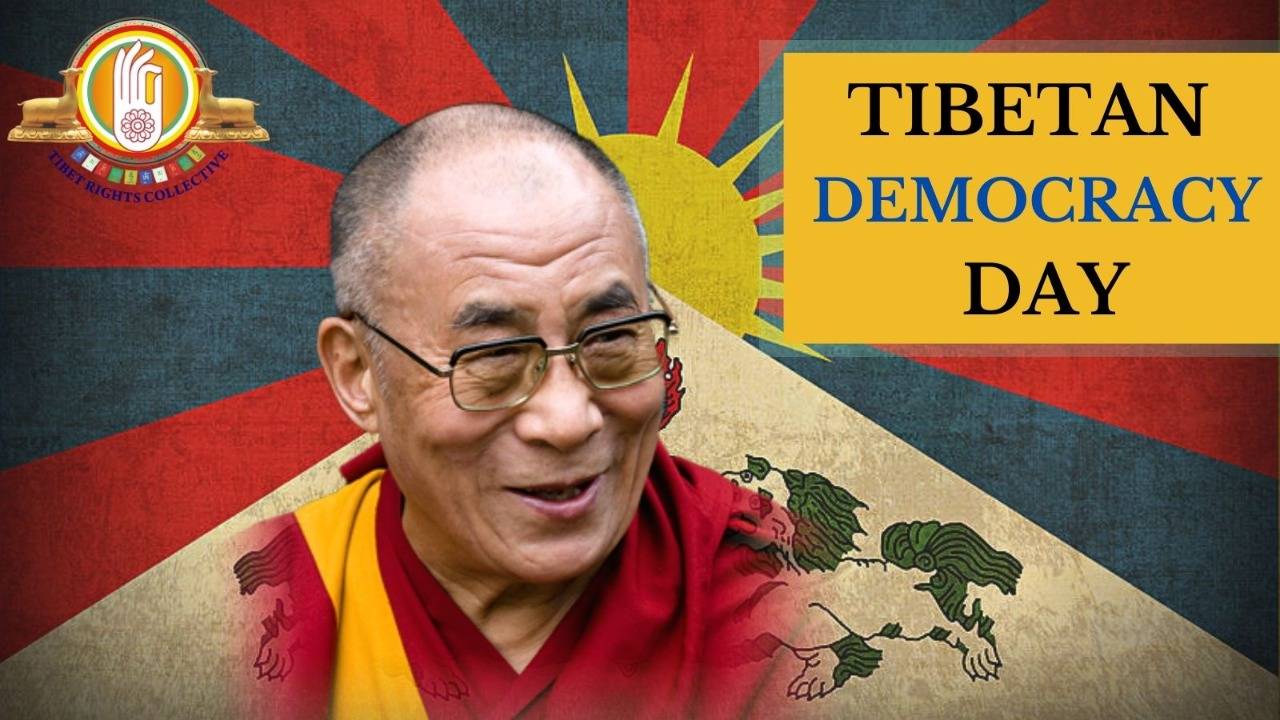 September 2nd, 2022, marks 62 years since the first members of the Tibetan Parliament in Exile received their letters of appointment from His Holiness the Dalai Lama and took their oath of office before Him. Tibetans across the world – except those in occupied Tibet – celebrate the powerful resilience and strength that Tibetans as a community have exhibited across the years and their belief in democracy as a system today. The development and consolidation of a solid democratic system outside Tibet under the leadership of His Holiness the 14th Dalai Lama has aided in furthering the cause of Tibet and developing a successful Tibetan community in exile. In the modern world torn with strife and violence, Tibetan democracy in exile has many a lesson to offer.

After CCP unlawfully occupied Tibet, it unleashed a wave of repression and destruction in the world’s rooftop. CCP continues to hold that it “peacefully liberated” Tibet and that it is helping “develop” Tibet. Due to CCP's policy of Sinicization, Tibetan Buddhism is under threat and Buddhist structures are being demolished. In what is clearly an undemocratic way of functioning, CCP is imposing Mandarin language on Tibetan children and forcing them to undergo what they call “patriotic education”.

This is where the Tibetans in exile and their democratic way of functioning pose a serious challenge to the authoritarian CCP rule. Countering the CCP’s distorted narrative that Tibet, before China “liberated” it, was a feudal empire, Tibetans in exile have continued to build and nurture their democratic system with equality and fraternity at the core. This in itself is a testimony to the truth and a blow to the disinformation campaign by CCP.

An interesting aspect about the Tibetan community in exile is that they have transplanted its government structures, democratised them and has established a state-like polity in exile. Through a system of schools and colleges, Tibetans in exile have asserted their sovereignty and reproduced themselves through new forms of kinship grounded in schools. They have re-established monasteries across India to hold on to the collective memories of their homeland. Tibetans, with the help of Central Tibetan Administration, have created institutions to preserve Tibetan culture and traditions (Tibetan Institute of Performing Arts, for example), Tibetan medicine, cuisine, literature, language and sports. Dalai Lama saw the need for the Tibetan society to change in keeping with the need of the evolving times and these have helped Tibetan community evolve and develop with time.

The direct election of Kalon Tripa by the Tibetan people was introduced at the 13th amendment of the Charter in 2001 and has been implemented since then, and a Supreme Justice Commission has been set up as the highest Judicial Authority for the Tibetan individuals, public institutions in exile and the Tibetan Administration. In 2011, His Holiness, by stepping down, empowered Tibetans to govern themselves. This shows how the system itself has evolved accordingly and has strengthened across the years.

While Tibetan democracy in exile flourishes and grows, Tibetans inside Tibet continue to suffer. They have no freedom of speech, expression, religion or faith. Tibetan democracy is a democracy with peace and non-violence at its roots. According to Dalai Lama, there is an intimate connection between democratic values and the fundamental values of human goodness. “Where there is democracy there is a greater possibility for the citizens of the country to express their basic human qualities, and where these basic human qualities prevail, there is also a greater scope for strengthening democracy”. Tibetan democracy in exile is governed by these noble principles of respect for fundamental human rights and oneness of humanity.