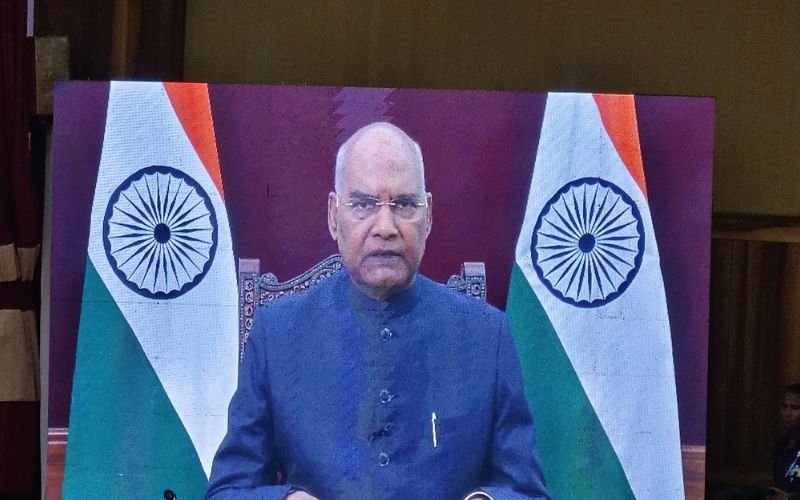 Sarnath : Hon’ble President of India Ramnath Kovind conveyed his message on Ashadha Purnima via video message in the event held by Ministry of Culture and International Buddhist Confederation here today. He highlighted the significance of Sarnath and other holy locations of Buddhism.

Ashadha Purnima celebrations were organised by Ministry of Culture and International Buddhist Confederation which began with the lighting of the lamp, in the presence of Hon’ble Governor of Uttar Pradesh, Anandiben Patel, Hon’ble MoS for Culture Meenakshi Lekhi and Joint Secretary Ms. Amita Prasad Sarbhai. The lamp lighting ceremony was followed by prayers offered by the Buddhist monks.

Being the second most sacred day for Buddhists after the Buddha Purnima, the Festival was  celebrated at Sarnath. The celebrations took place at Mulagandha Kuti Vihara which houses the holy relics of Buddha.