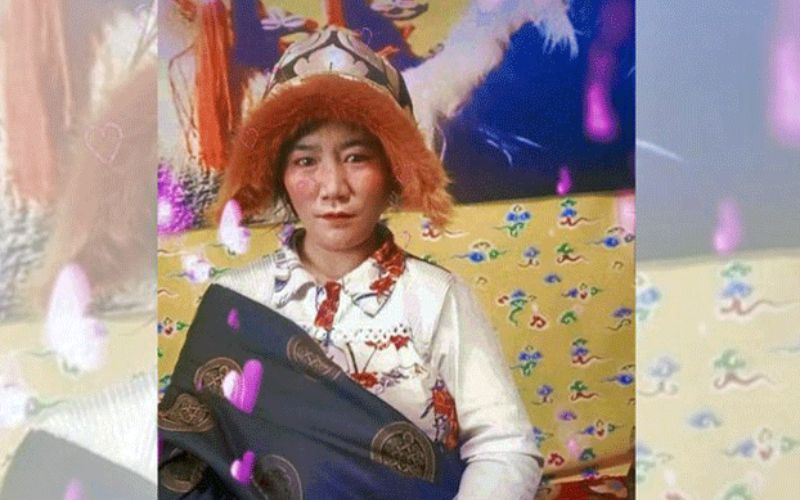 Tibetan political prisoner in terrible condition to be released: RFA

According to a Tibetan living in exile, Chinese authorities have released Tibetan political prisoner Norzin Wangmo, who was detained in 2020 and sentenced to three years in prison for spreading information about Tibetans who self-immolated in protest of China's repressive policies.

"On May 2, Norzin Wangmo was unexpectedly released from a jail in Kyegudo, where she had been serving a three-year sentence," claimed the Tibetan, who did not want to be identified for security reasons. "She can barely get up on her feet because of harsh abuse and ill treatment in prison."

"She is currently being treated at home because she is not permitted to visit hospitals," the insider explained. "The Chinese government continues to keep a close eye on her."

Tenzin Sherab, who self-immolated in the prefecture's Chumarleb (Qumalai) county in May 2013, was accused of giving information by Wangmo from Kham Kyegudo in Yushul (in Chinese, Yushu) Tibetan Autonomous Prefecture in Qinghai province.

After a secret trial, the woman, who is married and has three young children, was sentenced in May 2020. Despite repeated requests, her family was not allowed to visit her while she was in prison.

Wangmo's plight did not reach the Tibetan exile community until 20 months after her detention, due to Chinese government limitations and severe policies in Tibet.

"She had been grilled for almost 20 hours by local police before her detention," claimed another Tibetan in exile with knowledge of the situation.

"Her wrists and feet were both bound, and her family was only permitted to see her for a few minutes before she was taken into custody," the source claimed. "Her family's clothes and other belongings were also returned to her."