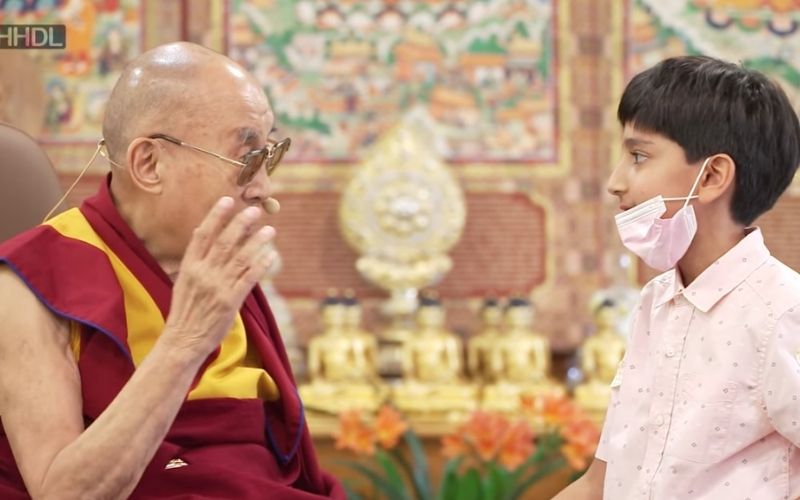 Advice from His Holiness the Dalai Lama to the next generation

Dharamshala: Dalai Lama addressed a group of children among the attendees at his residence where he said, “My generation has faced a lot of problems. However, I am hopeful the younger generation will have a more peaceful and just future.”

He pointed out to the younger generation the responsibility of creating a genuine peaceful world based on the concept of the oneness of 7 billion human beings.

“Now today, global warming is one serious matter. It is alerting us to act as one human community,” advised His Holiness the Dalai Lama and meanwhile dissuaded placing too much emphasis on manmade superficial barriers.