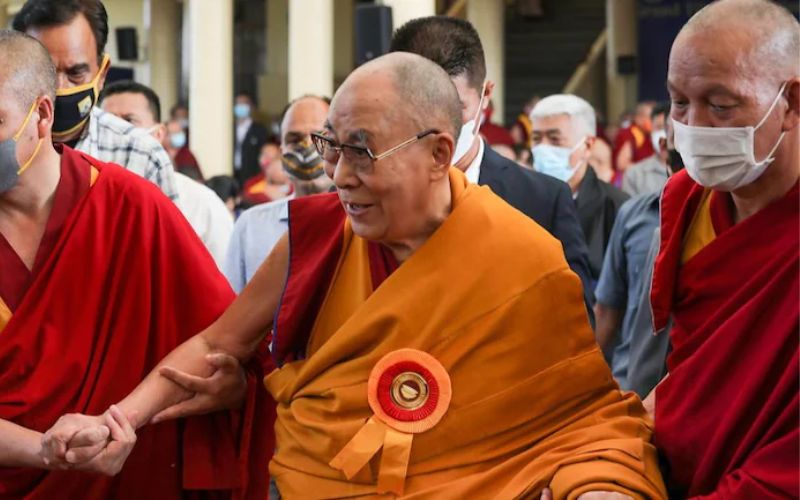 Taipei: After the visit of US House Speaker Nancy Pelosi, there is a growing call to invite the Dalai Lama to Taiwan. The top US official had met the Tibetan representative in Taipei in a strong message to Beijing that Washington stands with the people of Tibet.

"We have received a lot of requests appealing for His Holiness the Dalai Lama to visit Taipei. We prepared a representation for the Ministry of Foreign Affairs. I have informed them of the requests. We would like to see a visit of His Holiness," Gyaltsen told India Today.

China has long considered Tibet and Taiwan off-limits, and is increasingly doubling down on it. Pelosi’s trip to Taipei earlier this month triggered a severe reaction from Beijing, which warned Washington of “grave consequences”. Shortly after the US official’s departure, the Chinese military launched large-scale military drills in the Taiwan Strait.

However, the fact that Pelosi’s visit has not led to any aggressive military action against Taiwan has boosted confidence among those who want to see the Tibetan spiritual leader in person.

To a question on what was discussed during his meeting with Speaker Pelosi, Kelsang said, "Nancy Pelosi's visit to Taiwan was not just for their economic and trade relations. It has given a big message for democracy and human rights. First, America supports those who are fighting authoritarian regimes like Tibet, Taiwan, Hong Kong, Uyghurs... We both spoke on these matters.”

When asked if the Dalai Lama would actually come to Taipei in the near future, Kelsang said, "We are hopeful. This won't be the first time that he would be visiting Taiwan although situation is much different now from before."

The Dalai Lama first visited Taiwan in 1997 and returned in 2001 and 2009. However, increasing pressure from China did not allow subsequent trips to take place.