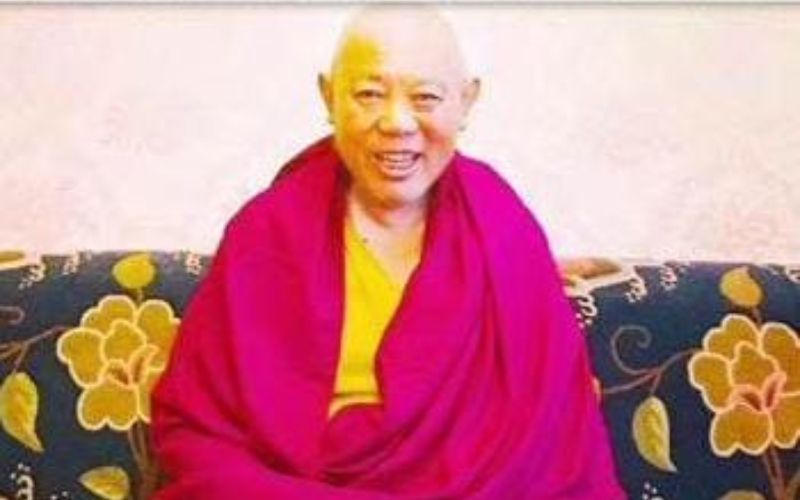 Dharamshala: According to a reliable source, Tibetan monk Agyal Tsering, a former political prisoner in Tibet, passed away on Sunday, December 18, 2022, at approximately 8:15 a.m. local time in Tibet. He was 71 years old.

The Chinese police initially detained him in Kyegudo on August 3, 1990 (Ch: Jiegu, Qinghai province's Yulshul Tibetan Autonomous Prefecture. He was later sentenced to 18 months in prison on suspicion of distributing leaflets calling for Tibet's independence and books containing lectures and speeches given by His Holiness the 14th Dalai Lama. He went through numerous agonizing experiences while incarcerated.

He was detained once more on October 24, 1999, alongside Geshe Sonam Phuntsok and Sonam Choephel, two other monks, in Karze (Ganzi) Tibetan Autonomous Prefecture. A few days later, on October 31, approximately 3000 Tibetan citizens demanded the release of the three monks in a peaceful protest in Karze.

As a result, at least 80 Tibetans were detained by the Chinese police, who fired shots into the crowd. Following the incident, Agyal Tsering received a three-year prison sentence.

Among Agyal Tsering’s generous deeds were leading various fundraising events to erect a prayer wheel in Yulshul’s Chumarleb (Ch: Qumalai) county for the benefit of the residents, as described in Nagtsang Nulu’s autobiography at the time.

Agyal Tsering was born in 1952 to Samten and Yangkyi in the village of Rongpa Tsajori in the Karze Tibetan Autonomous Prefecture, which is in the traditional province of Kham. His parents were Yangkyi and Samten. He was a monk at the Tehor Dhargay monastery and was also referred to as Lama Lobsang, Apho Agyal, or Lobsang Tenzin.