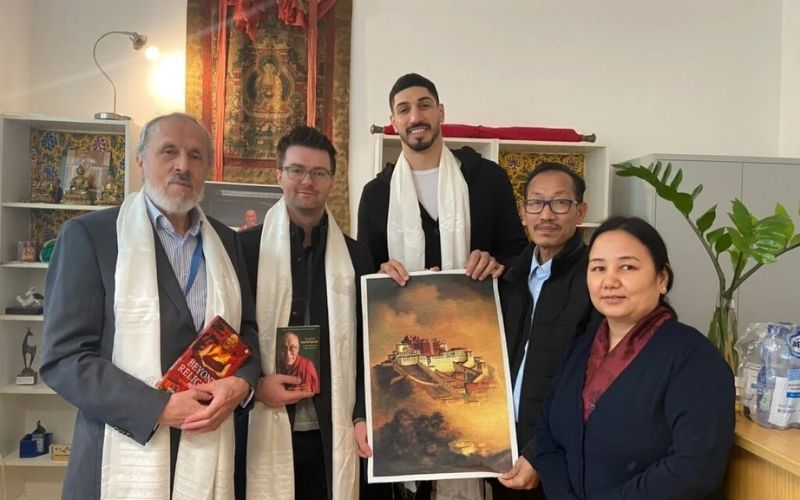 Geneva: The Tibet Bureau in Geneva received Enes Kanter Freedom, the celebrated basketball champion and human rights activist, at the bureau. Enes Freedom was accompanied by his manager Mr. Hank Fetic and the head of the Geneva Office of the International Association for Human Rights, Mr Ricardo Espinosa.

The Tibet Bureau thanked Enes Kanter Freedom for giving his “extraordinary voice for voices silenced by the authoritarian regime”, and “explained the ongoing cultural and religious repression including the continued enforced disappearance of Tibet’s 11th Panchen Lama Gedhun Choekyi Nyima and unabated self-immolation protests by Tibetans as a form of political protests against Chinese repressive policies in Tibet”.

Enes Kanter will receive the 2022 Courage Award from the Geneva Summit, a cross-regional coalition of 25 Human Rights Organizations, on April 6, 2022, in appreciation of his "heroic efforts to sound the alarm on China's appalling human rights crimes", according to the reports.