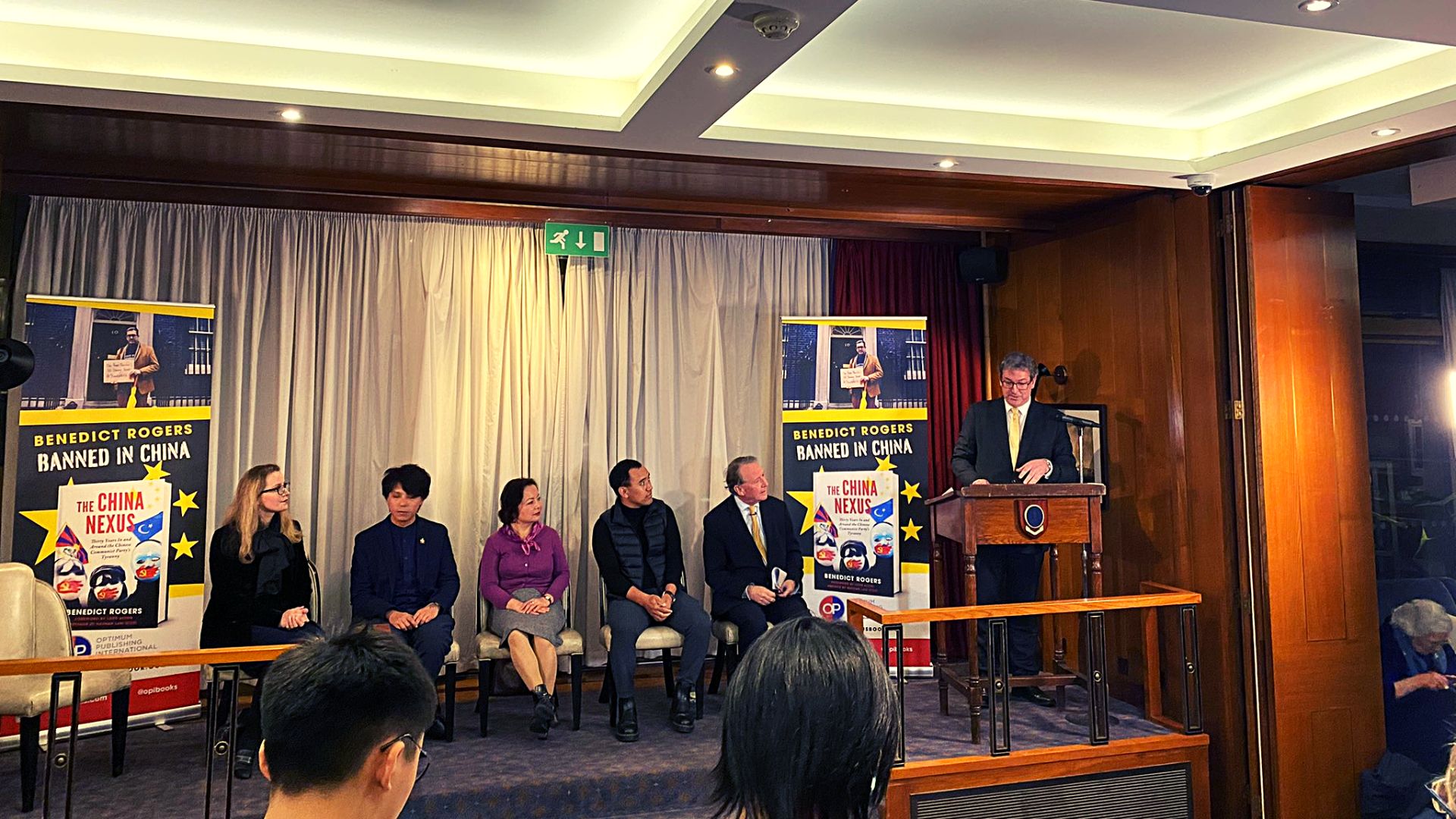 London: The China Nexus: Thirty Years in and around the Chinese Communist Party's Tyranny, a book by human rights activist and Co-Founder and Chief Executive of Hong Kong Watch Benedict Rogers was released here in a function attended by human rights activists including Lord David Alton, who also has written the foreword to the book, Ian Easton (Senior Director, Project 2049 Institute) and Mahmut Rahima (Uyghur Congress) yesterday.

The book, which is comprehensive analysis of the human rights crisis in China, from Hong Kong to the Uyghurs to Tibet, is published by Optimum Publishing International.

The book tells the story of Benedict Rogers’ fight for freedom for the peoples of China and neighboring countries Myanmar (Burma) and North Korea and sets out how a global movement for human rights in China is emerging and what the free world should do next. The book describes the human rights crisis across China, including the persecution of Christians, the genocide of the Uyghurs, atrocities in Tibet, the crackdown in Hong Kong as well as the threats posed by Beijing to Taiwan and the free world.

“This is non-fiction at its finest. I love the way Benedict Rogers blends together and chronicles his amazing journey, his deep research, and the personal stories of other courageous defenders of freedom. This is a brilliant and inspiring book. Highly recommended!”, tweeted Ian Easton, Senior director at the Project 2049 Institute and author of The Final Struggle: Inside China’s Global Strategy.

You can place the order of the book here.