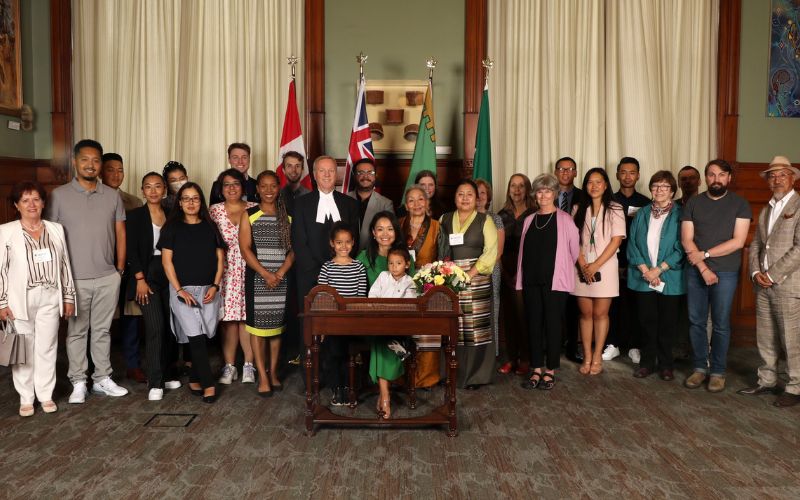 Bhutila Karpoche sworn in as MPP for Parkdale High Park

Ontario: Tibetan Canadian leader Bhutila Karpoche has sworn in as the Member of Provincial Parliament for Parkdale High Park. The MPP Bhutila Karpoche has been re-elected as the representative of the Parkdale- High Park in Toronto, home to one of the largest concentrations of Tibetans outside of Asia.

“It’s official! This week, I was sworn in as the MPP for Parkdale High Park. I took my oath surrounded by my family and amazing campaign team members, whose support I am deeply grateful for. Looking forward to four more years of working with our community to deliver results”, tweeted Bhutila Karpoche.

Karpoche made history in 2018 by winning a seat in the Legislative Assembly of Ontario in Canada, making her the first person of Tibetan origin in North America to be elected into public office.

“Parkdale High Park has sent a loud message: that we believe in taking care of each other, we believe that public dollars should go to public services and not private profit, and that we believe governments should work for us, the people. We will keep organizing. We won’t stop,” MPP Karpoche tweeted after her re-election, adding that she would “work hard on the issues that matter to us.” The New Democratic Party (NDP) candidate was declared winner last week with 23,024 votes counted against Liberal candidate Karim Bardeesy who came second with 9,547 votes.

The Tibetan-Canadian immigrated to the country in 2002 with her family, and received her BSc. degree from the University of British Columbia and her MPH from the University of Toronto. She also holds a PhD candidature in Policy Studies and had previously worked in the office of Cheri DiNovo, a former member of the Ontario Legislature, for 11 years before she declared her candidacy for MPP of Parkdale- High Park.