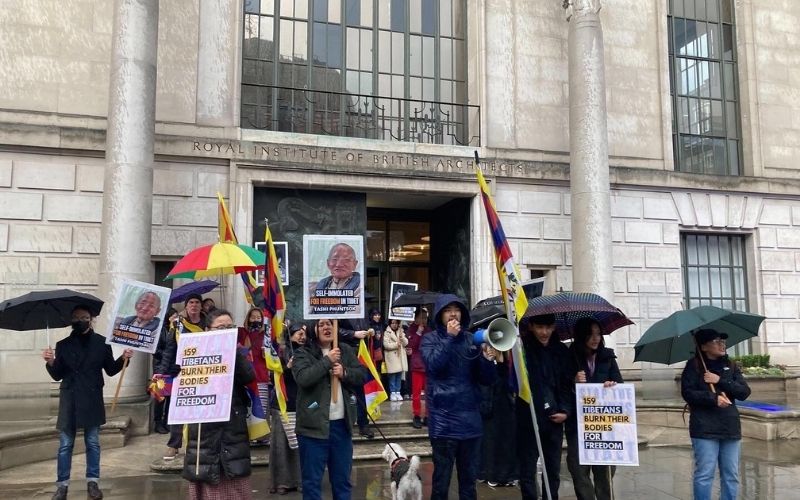 London: A candlelight vigil was held outside the Chinese Embassy here, organised by members of Tibetan Community, UK. Tibetans gathered to remember Tsewang Norbu and Tashi Phuntsok, who died this year in Tibet by self-immolation, protesting against China’s rule. NGOs including Free Tibet and Global Alliance for Tibet and Persecuted Minorities participated in the vigil and expressed solidarity with Tibet and Tibetans.

Three self-immolations have been reported so far this year; a popular singer Tsewang Norbu (25) had self-immolated in front of the Potala Palace in Lhasa on February 25 and a Tibetan man set himself on fire in front of a police station on Kham region in Tibet’s Kyegudo. China is exerting an information blockade over Tibet and this is making it difficult for the details about self immolations to come out.