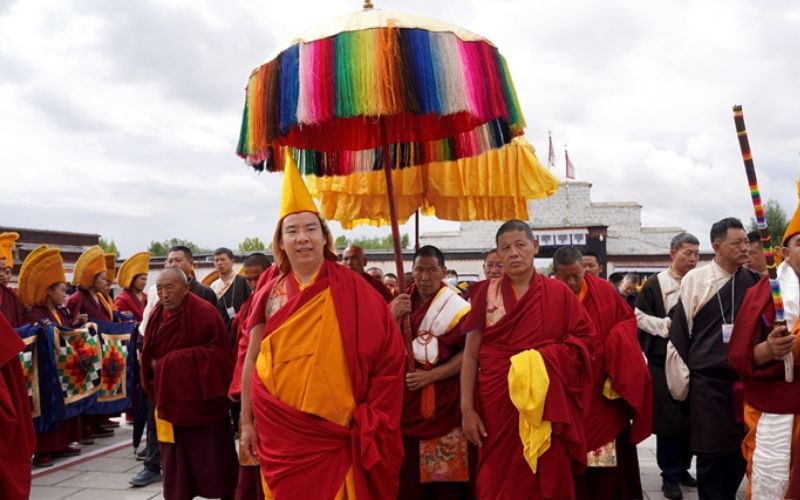 CCP, Gyaltsen Norbu on a mission to Sinicize Tibetan Buddhism

He held discussions with eminent monks of Bon (the pre-Buddhist, indigenous religion of Tibet) and various sects of Tibetan Buddhism, including Nyingma, Sakya, Kagyu and Gelug. He also held panel discussions with experts and scholars from the Tibet Autonomous Regional Academy of Social Sciences and Tibet University, and lecturers from the Tibet Buddhism Academy, the report said.

The report pointed out that after 25 years of sutras study, Gyaltsen Norbu attained the highest degree in exoteric teachings of the Gelug school of Tibetan Buddhism, equivalent to a doctoral degree in modern education, in 2021.

Chinese appointed Panchen Lama Gyaltsen Norbu has reportedly visited the Tashilhunpo Monastery, which is located at the foothills of Nisiri Mountain on August 2, 2022. Reports suggest that Gyaltsen Norbu has also visited Sangding Monastery and Lhoka City last month where he gave lectures in which he spoke about the “Sinicization of Tibetan Buddhism”.