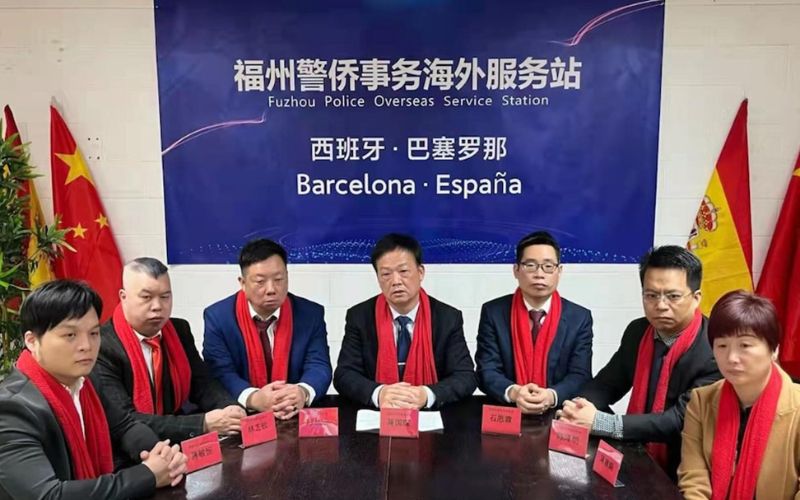 The Chinese Communist Party runs 54 police centers outside of China, 36 in Europe alone, reported the freebeacon.com Sep 15, citing the telegraph.co.uk and the rights group Safeguard Defenders. The purpose is to threaten and blackmail them to return home to face trial, including for dissident activities.

The report said these secret “overseas police service centers” have been opened by China in 16 European countries, including France, Britain and Germany. They were stated to be part of a growing network of Communist Party-linked offices hunting down and blackmailing Chinese citizens to force them to return home.

One of the two in London claims to be a real estate company, while one in Glasgow operates in a Chinese restaurant. While China has previously been accused of misusing Interpol to bring back dissidents, the expansion of these overseas police stations comes as human rights activists warn that China is harassing political dissidents on foreign soil, the report said.

The report noted that while the stations claim only to help Chinese travelers with paperwork, researchers have found that they are actually “hunting down and blackmailing Chinese citizens to force them to return home.”

The report cited human rights organization Safeguard Defenders as saying the centers’ activity “is all taking place under the radar,” unseen by police and the public.

One of the Chinese secret police centers operates in New York City, the group has said. Officers at a center in Madrid was stated to have tracked down a man and forced him to take part in “a video call with public security agents and a prosecutor” in China. The centers were also stated to extort people into returning to China by “threatening to cut electricity to the homes of families” and “restricting access to public schools for relatives.”

One such center located in London, when approached by the Telegraph, has said the police station only helps “overseas Chinese extend their Chinese driver’s licenses and arrange required health checks.”

Britain’s Home Office has made it clear that “any requests for repatriation of suspected foreign criminals must be made in accordance with UK and international law,” adding that “illegal repatriation efforts will not be tolerated.” The secret Chinese police stations are said to be affiliated with the United Front Work Department, the main outreach organ of the Chinese Communist Party.