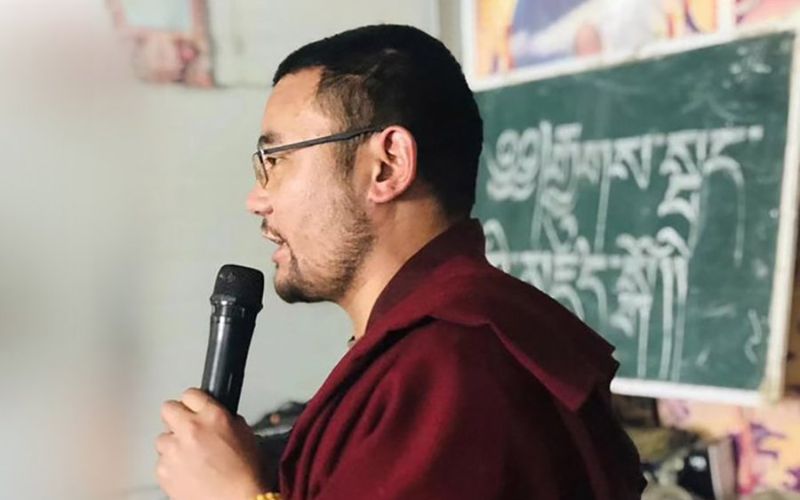 Dharamshala: CCP has jailed two Tibetan Buddhist monks in Kardze (Chinese: Ganzi) prefecture of what is now part of its Sichuan Province for up to three and half years, nearly two years after arresting them and holding them incommunicado, said Dharamsala-based Tibetan Centre for Human Rights and Democracy Aug 28. They were arrested in Sep 2020 and tried on an unknown date in Jun 2022, the Centre said.

Tenzin Dhargay, a monk of Dza Sershul Monastery in Sershul (Shiqu) County of Kardze prefecture was jailed for three and half years while monk Rigtse was given three years, both on the same day by the Sershul County People’s Court, the Centre said.

However, nothing about their trial or sentences have been intimated to their families. Besides, the authorities have issued stern warnings that anyone caught sharing information about the monks’ cases will forfeit his or her social security and other state benefits. And it is still unknown where the monks have been taken from Sershul after their sentences, the Centre said.

Dhargay was arrested, along with Rigtse, after he was found keeping a photo of His Holiness the Dalai Lama and information about the Tibetan political situation in his mobile phone.

While there is hardly any other information on Rigtse, the Centre said that Dhargay used to share information and photos about the political situation in Tibet on his personal WeChat account which was named as “Dalai’s Follower”. On it, he was also stated to have shared photos and teachings of the Dalai Lama.