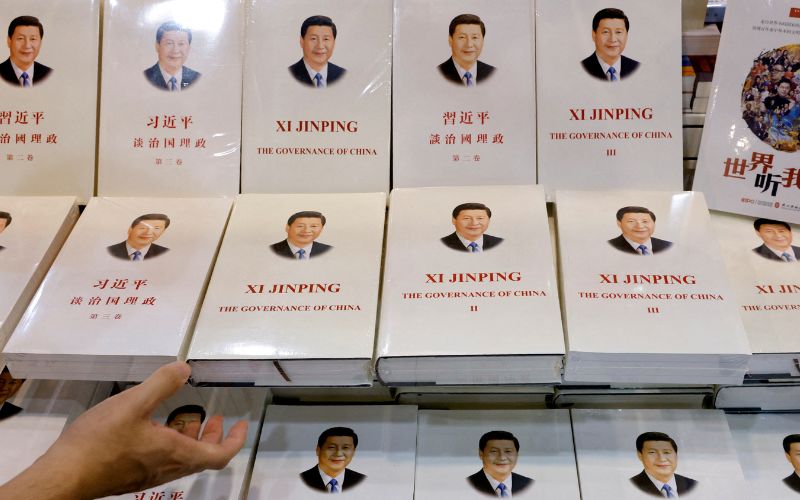 From history books to books written by Xi Jinping himself, propaganda war using books is being deployed by Chinese Communist Party to justify its wrongful claims over Tibet and human rights record in the region, which it unlawfully annexed in 1950s.

"The book When Serfs Stood up in Tibet was written by American writer Anna Louis Strong in 1965 and is still one of the best books for anyone to understand the history of Tibet’s democratic reform", observed Chinese news media ECNS in an article dated 11th September 2022. "In 12 chapters, Strong makes an important observation about Tibet, the snowy plateau, as part of the foreign press in 1959, when the People’s Liberation Army (PLA) suppressed a rebellion seeking to overturn democratic reform", it added. "According to Strong’s personal observations, Tibet was undergoing a dramatic reform, which rejuvenated this snowy plateau".  This is in tune with CCP's version of Tibet's history and its narrative that China "liberated" Tibet, which is a distorted version of real history. Scholars have argued that Tibet has always been an independent country with its own army, flag and passport and at no point in history has Tibet been a part of China.

The article went on to criticize the "Uncritical thinking, lazy reporting, and even deliberate misreading of Tibet" which, it said, "are still prevalent in Western media sources". "These are arm-chair writers who hold the view that Tibet is the one that exists only in their imagination, refusing to recognize or willing to admit "actual development" in the real Tibet", it claimed. Any attack/ crticism against China's treatment of Tibetans in Tibet is dubbed as disinformation and as reluctance to accept China's development initatives in Tibet.

Some reports have also suggested that CCP is publishing and distributing multilingual versions of the book "Excerpts from Xi Jinping's Discussions on Respecting and Protecting Human Rights" in areas of Tibet. The Chinese-Russian, Chinese-French, Chinese-Spanish and Chinese-Japanese versions of the discourses were compiled and translated by the Institute of Party History and Literature of the Communist Party of China Central Committee. It is ironical that a chief who has been accused of human rights violations in regions like Tibet and Xinjiang is being celebrated for his work on human rights. The then UN Human Rights Head Michelle Bachelet, while on her controversial visit to China, was presented with this book of Xi's quotations on human rights -- images that were circulated widely across Chinese media.

Reports have also suggested that attempts to introduce the Chinese Communist Party-approved “Encyclopedia of Ethnic Unity and Progress (Tibet Volume)” — China’s version of the history of Tibet — in schools and colleges in Tibet are also made.