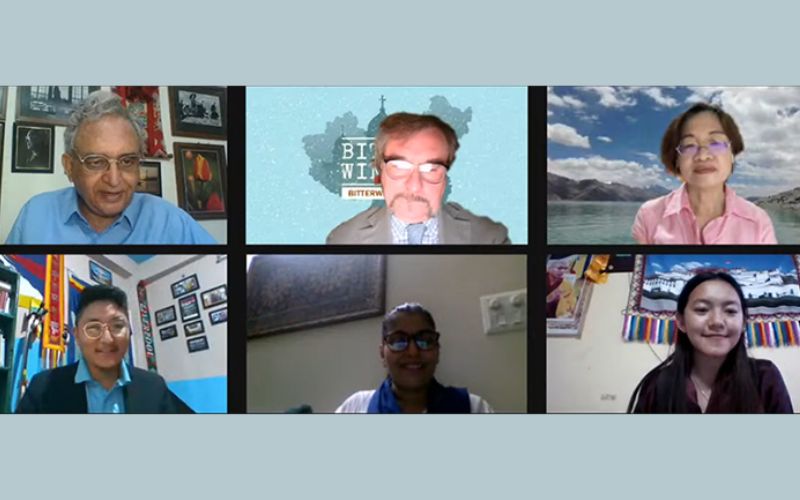 New Delhi: "The Chinese Communist Party uses forced abortion and forced sterilization to restrict the Tibetan population and pushes for marriage to Han settlers as a tool of cultural genocide. Tibetan women continue their freedom struggle despite all Chinese atrocities," said Experts in an international webinar on ‘Tibetan Women and Human Rights Under China’s Colonial Rule’.

Experts in an international webinar on ‘Tibetan Women and Human Rights Under China’s Colonial Rule’ were critical of China and its Communist Party for using forced abortion and coercive sterilization of Tibetan women as a normal practice of enforcing family planning and population control on the people of Tibet.

They were equivocal on the politicization of the institution of marriage through state-sponsored pushing of marriages between male Han settlers and local Tibetan woman as yet another tool of ‘cultural genocide’ which is in progress in Tibet unabated. The experts were also appreciative of the courage of conviction, demonstrated by Tibetan women, especially those living inside occupied Tibet, in their ongoing struggle for the freedom of Tibet from colonial Chinese rule.

The webinar was organized late 30th evening jointly by the Centre for Himalayan Asia Studies and Engagement (CHASE) of New Delhi and the Tibetan Youth Congress from Dharamshala. The main expert speakers were Mr Marco Respinti, Director-in-Charge of the magazine ‘Bitter Winter’ from Milano Italy; Professor Mei-Lin Pan, Chairperson at the Department of Humanities and Social Sciences at the National Yang Ming Chiao Tung University at Hsinchu in Taiwan; and Ms Tenzin Passang, Program Director of Students for a Free Tibet from Dharamshala. Mr Vijay Kranti, Chairman of CHASE and Co-host moderated the discussion. Prof Aayushi Ketkar of Jawaharlal Nehru University, New Delhi conducted the question-answer session, and Sonam Tsering, General Secretary of TYC and Co-host delivered the vote of thanks.

In her presentation about the situation of Tibetan women under Chinese colonial rule, Tenzin Passang, a young Tibetan woman activist, gave chronological details of how Tibetan women have played an active role in Tibet’s fight for freedom since the occupation of Tibet in 1951 and hence invited Chinese ire. She said that besides long imprisonment in Chinese jails, Tibetan women have to face severe physical violence, torture and other aggressions like rape by jail officials. Outside the jail too, the Chinese administrators in Tibet use different methods for enforcing population control. “China’s family planning policy in Tibet is too intrusive, unsound and violent, especially since 1992. There have been cases in which they would blackmail and coerce a woman to go for abortion or sterilization by putting her husband in jail on some flimsy grounds. The women are forced to go through severe economic sanctions for bearing a child ‘out of plan’ and official sanctions. The fines could amount to a family’s full-year income. In the case a child is born ‘out of the plan,’ all crucial facilities like medical care and education of the child are withdrawn. This causes severe financial, social and psychological stress on Tibetan women”, said Passang.