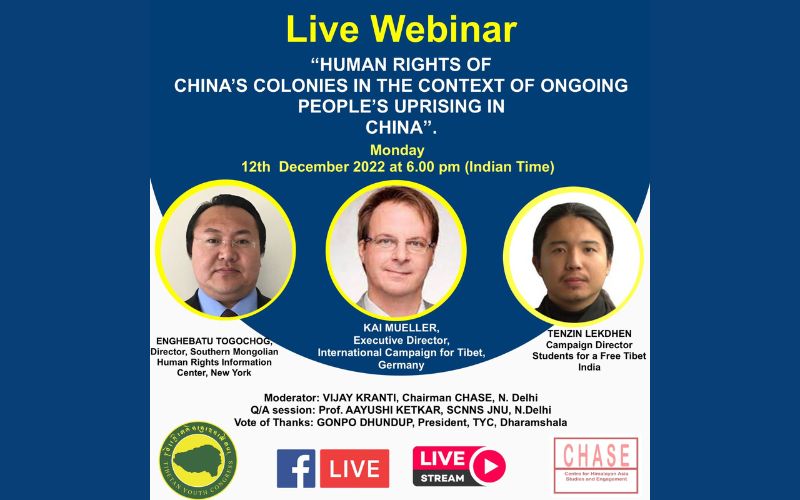 On December 10, which marks the day that the Universal Declaration of Human Rights (UDHR) was adopted by the United Nations General Assembly in 1948, Human Rights Day is observed annually.

To commemorate Human Rights Day, the Centre for Himalayan Asia Studies and Engagement (CHASE) of New Delhi and Tibetan Youth Congress (TYC) from Dharamshala are hosting live webinar on Monday, December 12 at 6 p.m. with the topic “Human rights of China’s colonies in the context of ongoing people’s uprising in China”.

The moderator of this live webinar will be Mr. Vijya Kranti, Chairman of CHASE, New Delhi. He attributed the near-total international silence on Tibetan self-immolations to the fear of economic losses states may face by calling China out.

The Universal Declaration of Human Rights (UDHR) is a landmark document that declares the inalienable rights to which every human being is entitled, regardless of race, color, religion, sex, language, political or other opinion, national or social origin, property, birth status, or any other status. It is the most translated document in the world and is available in more than 500 languages.