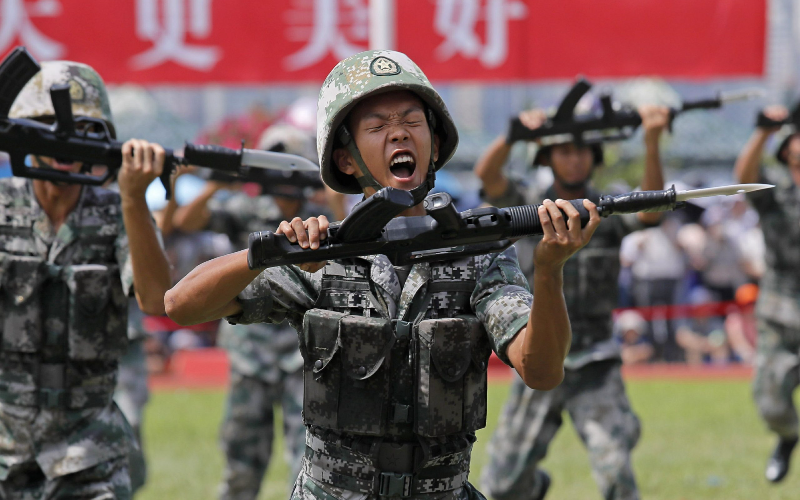 New Delhi : In an article published in The Print, domain expert Aadil Brar has pointed out China's "pragmatic strategy involving China’s PLA and its large-scale recruitment of Tibetans". According to the author, the recruitment of the Tibetan youth into Mimang Cheton in the border counties has rapidly increased in 2021 and the Tibetans being recruited by PLA are caught in the CCP’s push to secure border areas through a strategy of military warfare and lawfare.

PLA’s new Mimang Cheton units or Tibetan militia recruitment strategy has largely gone unnoticed in international media but the current dynamic along the Line of Actual Control – involving ethnic communities – could be the making of a long-drawn conflict. Historically, PLA has used Tibetan militia to guide senior officials from the mainland and have worked in the logistics operations of the PLA.

Since June 2021, PLA has intensified the recruitment, training and deployment of special Tibetan units named Mimang Cheton along the Line of Actual Control, reported the author, quoting a Hindu report earlier in 2021 that Mimang Cheton units have been trained and deployed in Chumbi Valley, including Yadong county.

Reports suggest that PLA has launched a mandatory recruitment drive in the Chumbi Valley since August 2021. and approximately 1,200 Tibetan youth from Chumbi valley have been recruited and sent for training at the PLA training centre in Nagqu. The individual in charge of the recruitment drive is the PLA officer of Tibetan origin, Maj Gen Thubten Thinley. The militia recruitment drive has also gained momentum since Xi Jinping visited Lhasa and Nyingchi in July 2021.

The author noted that the recruitment of young Tibetans into militia forces is happening in the Western regions of Tibet as well. Tibetan youth from Ngari prefecture have been recruited and sent to training at the PLA training centre in Kunming. The university graduates aged between 18 and 35 years recruited as officers will be offered 7000 yuan per month, and those who can speak and write Mandarin will be paid 5000 yuan per month, according to the sources who spoke to the author.

It has also been observed that there remains a sense of mistrust between the PLA officers and the Tibetan recruits, who are now being prepared for a frontline role, according to another source. The term ‘militia’ connotes a specific hierarchical role the PLA accords to the Tibetan conscripts in remote regions. They are being used for their physical capabilities with a limited possibility of promotion within the military ranks.