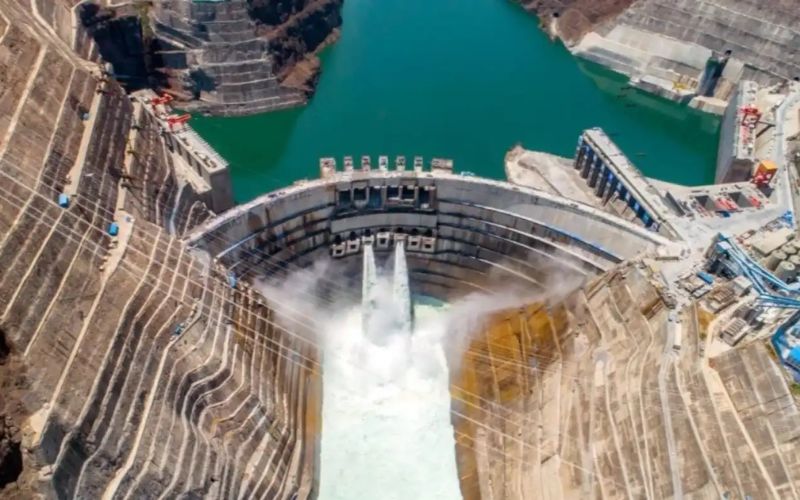 Lhasa: Reports suggest that Drichu River Xulong power plant has been approved by the Chinese National Development and Reform Commission. The Jinsha River (Chinese), Tibetan: Dri Chu) is the Chinese name for the upper stretches of the Yangtze River, which originates from several tributaries in the eastern part of the Tibetan Plateau, two of which are commonly referred to as the "source."

The National Development and Reform Commission is one of the main government agencies responsible for data collection for the Chinese Social Credit System. Since February 2017 the commission has been headed by, He Lifeng.

The Chinese government has plans to construct large hydropower stations in Tibetan areas, which are likely to have a negative impact on the environment and to lead to the relocation of thousands of local people. According to International Campaign for Tibet, the Longpan dam, part of a cascade of eight dams along the middle reaches of the Drichu may has a negative impact on the UNESCO World Heritage site of “Three Parallel Rivers.

It was reported in Jan 2019 that China had approved the building of what would be one of its tallest dams at the junction between Tibet autonomous Region (TAR) and the Tibetan prefecture of Karze in Sichuan Province over the Jinsha River. Landslides are being reported often from the area too.

It is well-known that Tibet, the world’s highest and largest plateau is facing an unprecedented threat from major damming and hydropower projects—the effects of which are likely to be irreversible—as well as copper and molybdenum mining, major infrastructure developments and mass tourism.