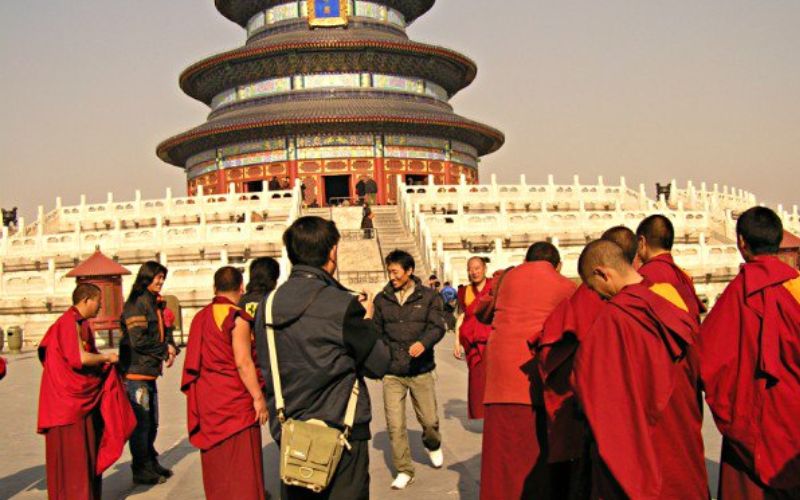 Guangzhou: According to reports, this month, the government-controlled China Buddhist Associationof Yunfu, a prefecture-level city in Guangdong province, issued a “Notice on the Boycott of Illegal Missionary Activities of Tibetan Buddhist Monks.”

The background of the document is that in Guangdong, as elsewhere, Buddhist believers are increasingly dissatisfied with the China Buddhist Association, whose temples are little more than propaganda centres for the CCP. They thus invite independent Buddhist teachers. Tibetan monks both from historical Tibet and from overseas are in high demand. This is, however, creating an independent Buddhism outside the control of the CCP, something the CCP and the China Buddhist Association cannot tolerate.

The Notice claims, “In recent years, the illegal mission of Tibetan Buddhist monks to the mainland has become more and more serious, which has seriously impacted the spread of Mahayana Buddhism, the righteousness of Buddhism and Chan Buddhism, and seriously affected the interests of believers, property safety, family safety and social harmony.”

Capitalizing on some incidents that happened, but generalizing from a few cases, the Notice also claims that, “Some unscrupulous people pretend to be living Buddhas to give initiations to impart the Dharma and release believers, and fraudulently obtain money and sex.” More generally, and perhaps more to the point, these Tibetan Buddhist monks are accused of “engaging in various behaviours that violate national laws and regulations, and even supporting separatist activities, which has become a major hidden danger to social stability and harmony.” By “separatist activities” the China Buddhist Association means support for the Dalai Lama.

The notice insists that “it is illegal for Tibetan Buddhist monks to leave the Tibetan area to teach Buddhism and accept followers and support without state approval.” Since, however, the Tibetan monks do manage to visit Guangdong, the state-controlled China Buddhist Association” requires all Buddhist associations, monasteries and other places of religious activity in the city to resolutely boycott Tibetan Buddhism. The monks came to our city to teach the Dharma illegally.”

“Those who violate the precepts of Chinese Buddhism by studying or participating in Tibetan Buddhist activities will be dealt with according to the national religious policy,” the document threatens. At the same time, it encourages Guangdong Buddhists loyal to the CCP-controlled association to “immediately report to the local religious departments and public security organs” the presence of Tibetan monks. This should happen “immediately” when “overseas Tibetan Buddhist monks” enter Guangdong, under various pretexts but, with the aim of teaching, the document says.