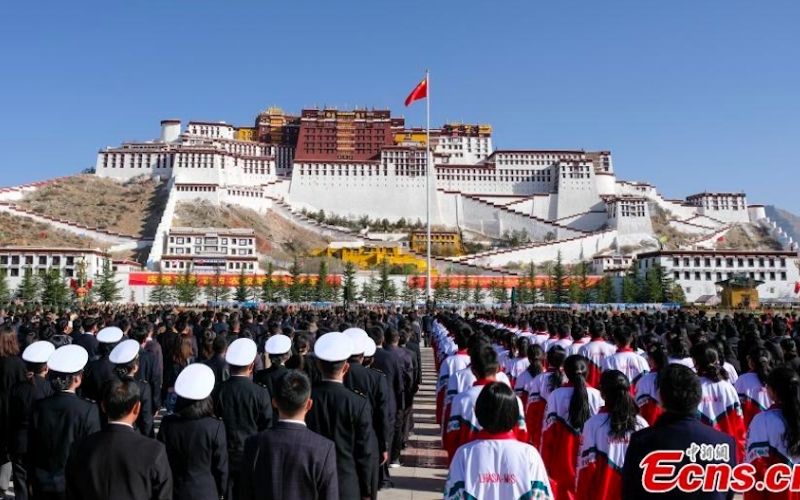 Dharamshala: In what Beijing claims to have ushered in democratic reforms in China-occupied Tibet in 1959, China celebrated the ‘Serfs Emancipation Day’ in front of the Potala Palace with over 1000 attendees here on Monday, according to various Chinese media outlets.

The celebration of this day marks the massive Chinese propaganda that aims to own the narratives when it comes to their illegal occupation of and continued repression in Tibet. Noted author Warren Smith has called the propaganda an ‘Orwellian Commemoration’ that aims to be a counter-propaganda to the 2008 Tibetan protests against the Chinese.

Various other authors and scholars have identified the celebration of the day with Chinese propaganda.