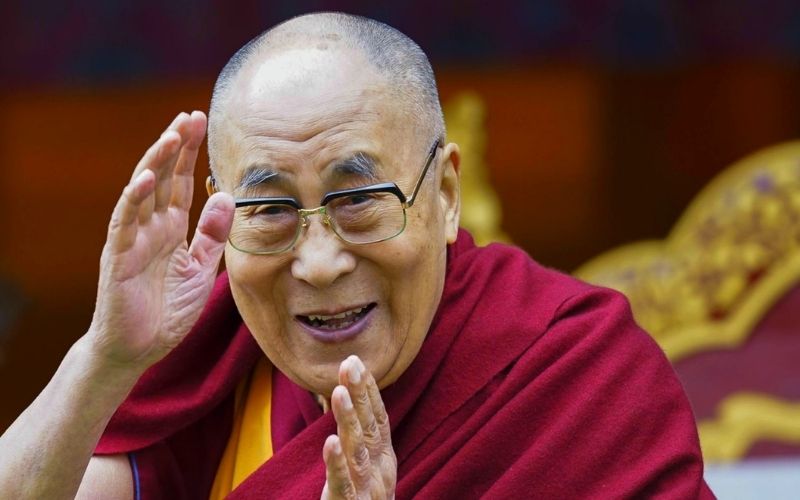 Reacting to a question on Modi's greetings, Chinese Foreign Ministry spokesman Zhao Lijian told a media briefing that 'the Indian side should fully recognise the anti-China separatist nature of the 14th Dalai Lama.'

It should abide by its 'commitment to China, speak and act prudently and stop using Tibet related issues to interfere in China’s internal affairs,' Zhao said.

Criticising Blinken’s greetings, Zhao said, 'Tibet affairs are China's internal affairs, which brooks no foreign interference. China is firmly against any engagement by any country with the 14th Dalai Lama'.

We urge the US side to have full understanding of the important and sensitive nature of the Tibet related issues, respect China's core interests, have a clear understanding of the anti-China separatist nature of the Dalai group and abide by its commitment on Tibet related issues, stop engaging with Dalai Lama in any form and stop sending any wrong signal to the outside world,' he said. He said over the long term, Tibet has enjoyed flourishing economic development, social harmony, stability and the cultural traditions in Tibetan have been well protected. People from various ethnic backgrounds in Tibet have the religious freedom and free right to use and develop their own region and spoken language. 'The international community bears witness to this,' he said.

Information supplied by Times of India