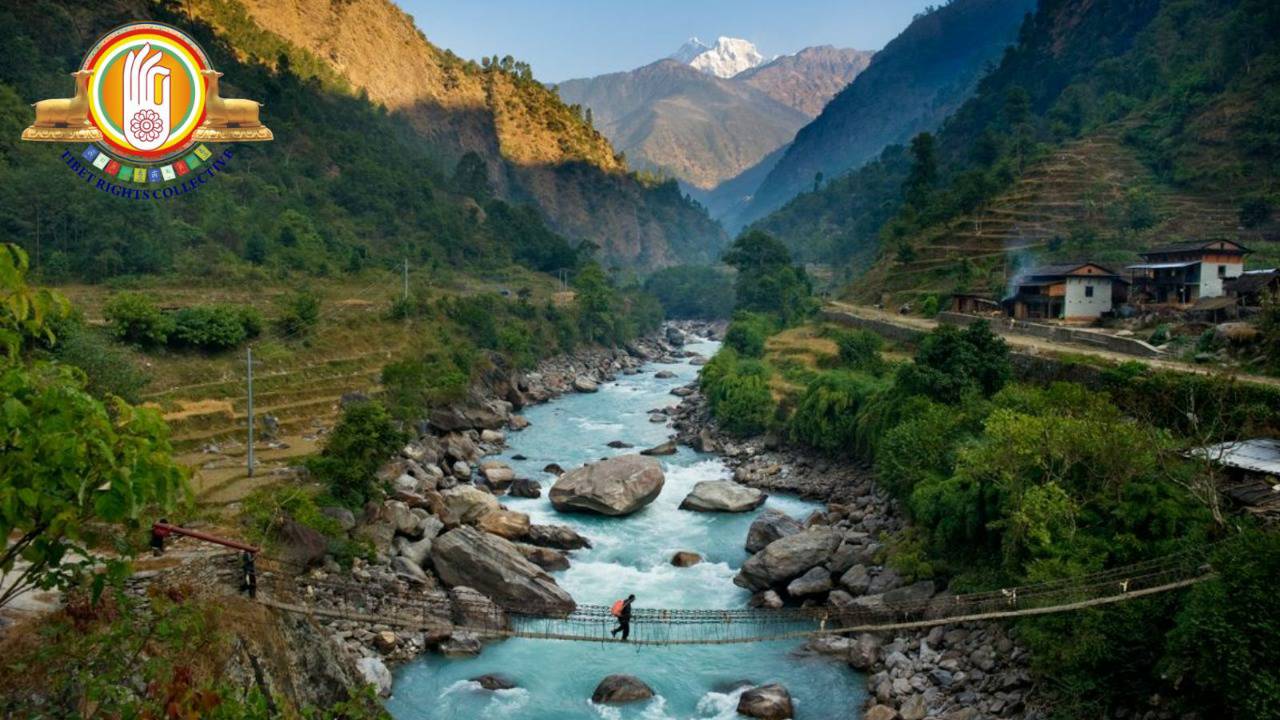 Lhasa: China is eyeing the ample renewable energy potential that Tibet, the Third Pole of the world has. It seems likely that occupied Tibet will witness more construction of dams in the coming year with a China-led forum deliberating on the need to construct more clean energy bases in the region recently.

According to Chinese media reports, the 7th Yangguang (Sunshine) Forum was held both online and on site on Dec 21 in Lhasa. With the main venue in Lhasa and a parallel venue in Chengdu, the forum reportedly held “in-depth discussions on coordinated development of clean energy”, with the theme on "Jointly Innovating Clean Energy Development and Seeking New Opportunities in Realizing Dual Carbon Goals". Since its debut, the forum has “received the support and participation of more than 60 organizations and over 300 guests throughout the country” and “continued to play its role in accumulating and integrating resources for scientific and technological innovation, carrying out science and technology exchanges and discussions to promote the low carbon and green development of the region”.

“Tibet autonomous region enjoys great potential in clean energy development. The region has the longest sunshine duration in the country, and the technical development volume of photovoltaic energy in areas below 5,000 meters of altitude in Tibet is 12 billion kilowatts. The report also quoted the white paper on "Ecological Progress on the Qinghai-Tibet Plateau", to state that the explorable hydropower resources in Tibet is 178 million kilowatts in technical terms, ranking first in the country. Geothermal resources in Tibet also ranks first in the country”, observed the report.

These developments have to be looked at with caution since occupied Tibet’s environment is exploited by CCP to meet its ends. Tibetan plateau is often known as the “Third Pole”, and holds the third-largest store of water ice in the world. Its glaciers feed several of the world’s largest rivers, rivers that over 1.5 billion people throughout south and southeast Asia depend on every day for their water supply. Yet Tibet is warming three times faster than the rest of the earth, losing an estimated eight billion tonnes of ice being lost every year as glaciers disappeared.

The purportedly “green” policy that China is pursuing in Tibet has been of building a number of dams on the plateau, to reduce the country’s dependence on coal. However, the cost of the CCP’s megaprojects is being paid by the local Tibetans, in the form of disruption of their habitats as well as dislocation of people. Lianghekou hydropower station, for instance, which is located in Ganzi Tibetan Autonomous Prefecture was estimated to help reduce raw coal consumption by 13.3 million tons and carbon dioxide emission by 21.3 million tons per year, the report said.

However, beneath the veil of “green energy”, about 6,000 people across four counties were relocated and once it is fully completed by 2023, the Lianghekou dam will reportedly drown ancestral homes, Buddhist monasteries and sacred mountains. China is also pursuing a policy of turning vast areas of Tibet into national parks, which is used as a pretext to remove even more Tibetans from their ancestral lands.

Read our report on Greenwashing in Tibet here.