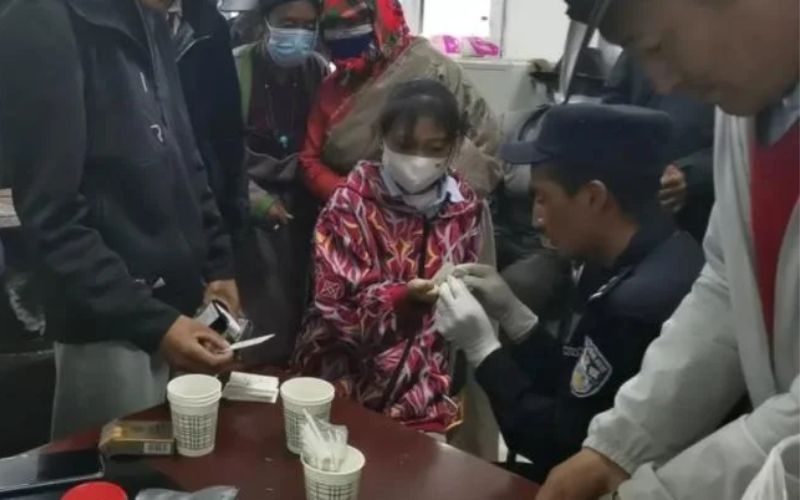 China is building a database of collecting DNA from Tibetan citizens

According to two reports by research groups in Canada and the US, Chinese authorities have been collecting the genetic information of Tibetans and building a database. The collection of genetic information is important for criminal investigations and scientific research, but it raises major ethical and privacy concerns.

According to a report by Citizen Lab at the University of Toronto, Chinese police have taken DNA samples of over 30% of the residents in Tibet since 2016. “Without external checks on the Ministry of Public Security’s power, police in Tibet will be free to use a mass DNA database for whatever purpose they see fit,” the report by Citizen Lab.

Human Rights Watch report said it has evidence of arbitrary DNA collection of Tibetans, including kindergarten children, and the residents had no option to refuse the collection of their DNA samples. Additionally, instead of police focusing on individuals, they target whole communities.

Human Rights Watch has identified reports of drives in 14 distinct localities (1 prefecture, 2 counties, 2 towns, 2 townships, and 7 villages) across the seven prefecture-level areas of the region, indicating that drives are taking place, or are due to take place, throughout the region. Government procurement documents show that in July 2019 the TAR police called for bids from contractors to construct a regional-level DNA database, a further indication that officials were preparing for a region-wide collection drive. In November 2019, police in Nyingtri, a prefecture-level unit of the TAR, also announced the construction of a DNA database for the area.

The DNA collection by Chinese authorities is not unique to Tibet. The Police have been collecting DNA samples of the Uighur population in Xinjiang province. It has been reported that researchers associated with law enforcement have been developing facial-mapping tech using DNA samples collected from Uighurs.

Earlier this year, the Chinese government categorized genetic data as a “national strategic resource and has worked to strengthen government control over genetic information databases, including those in academic and research facilities,” according to a report by Axios.

China collecting DNA samples from Tibet residents is not all that surprising considering how it has long attempted to control Tibet using dictatorship, including restrictions on local cultural and religious practices. Some researchers have said that the draconian measures applied in Xinjiang, like vocational training camps, are also being implemented in Tibet.