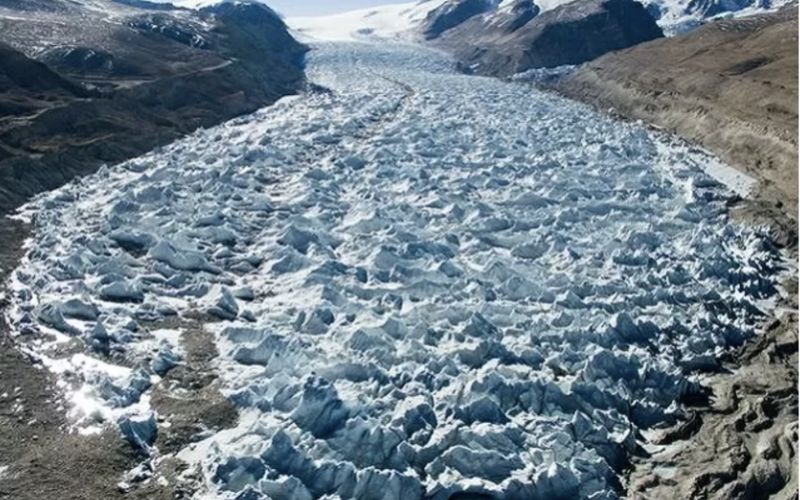 China's increasing ground temperature behind its obsession with Tibet?

China's average ground temperatures are thought to have risen significantly more quickly than the global average over the past 70 years and will continue to be "significantly higher" in the future as the challenges of climate change mount, which may be one reason why China now makes a big deal out of ensuring ecological protection in the occupied Tibetan Plateau region, observed Tibetan Review.

"Given this context, it is rather surprising—if not mildly amusing—that the suspension of China-US climate change negotiations was one of the eight countermeasures China announced on August 5 to purportedly punish the United States for allowing its House Speaker Nancy Pelosi to visit Taiwan", noted the report.

In its annual climate assessment published this week, China’s weather bureau described the country as “a sensitive region in global climate change”, with temperatures rising 0.26 degrees Celsius (0.47 degrees Fahrenheit) a decade since 1951, compared to the global average of 0.15 degrees.

"In the future, regional average temperatures in China will rise at a rate substantially higher than those of the rest of the globe." Vice-director of China's National Climate Center Yuan Jiashuang (NCC). He also added, that has warned that changing weather patterns in China will affect the balance of water resources, make ecosystems more vulnerable and reduce crop yields.

According to China's 2021 climate assessment, last year's coastal water levels were the highest since 1980. The research also noted that sea ice continued to decrease, active permafrost along the Qinghai-Tibet Highway hit a record level, and glacier retreat also quickened.

As it is in the process of creating a new national law on the ecological protection of the Tibetan Plateau, China will move more than 130,000 farmers and ranchers from over 100 townships in the Tibet Autonomous Region (TAR) over the course of the next eight years.

Top Chinese officials, including President Xi Jinping, have emphasised the urgency of environmental protection of the region during their recent visits to the TAR and Qinghai after decades of occupation rule resulted in the removal of vast covers of thick virgin forests in Tibet and the conduct of environmentally destructive mining activities, added the report.

But the methods used to implement the policy continue to be debatable, and Tibetans are once again paying a high price for it in the form of forced migration, loss of livelihood, and socio-economic confusion.