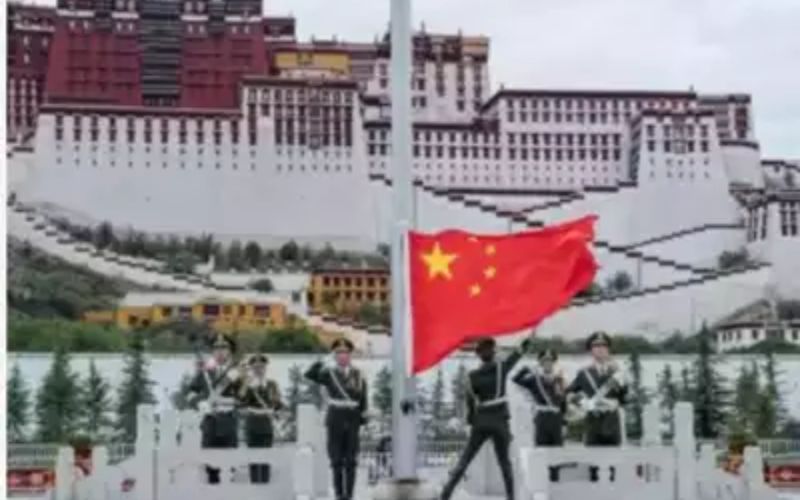 According to rights groups, China is simply interested in exploitation of Tibet's natural resources and is trying to control the world's roof by altering its demographics.These organisations assert that China has tightened control over civil society, systematically suppressed fundamental rights, and imposed heavy-handed authority in Tibet.

A more than 40-page white paper titled "Tibet since 1951: Liberation, Development" that was produced by China in 2021 draws attention to the environmental problems that China has neglected. Development, adding new dams, and various infrastructure projects are all included in the article, but environmental harm is not taken into account, according to Policy Research Group.

Despite discussing the development plans being implemented in Tibet, the article fails to mention the harm done to the region's ecological.Although it mentions electricity produced using sustainable energy and claims to have decreased carbon dioxide emissions, the Tibetan people did not gain from these activities and still go without power at night.

Instead, the energy is sent to China's lighthouses where it is used to power the nation's machinery.According to the story, President Xi Jinping of China's three-step strategy aims for sinicizing Tibet, suppressing dissent, and fortifying Tibet.

Despite discussing the development plans being implemented in Tibet, the article fails to mention the harm done to the region's ecological.The large dams that are being built have an impact on Tibet's ecosystem. Tibet has become a garbage dump. As a result of China's environmental damage of Tibet, rivers may dry up, glaciers may melt, permafrost may thaw, there may be flooding, and grasslands may disappear.The Conference of Parties (CoP) 26 summit, which was held in Glasgow in November and attempted to create an action plan for environmental deterioration, was not attended by President Xi Jingping.