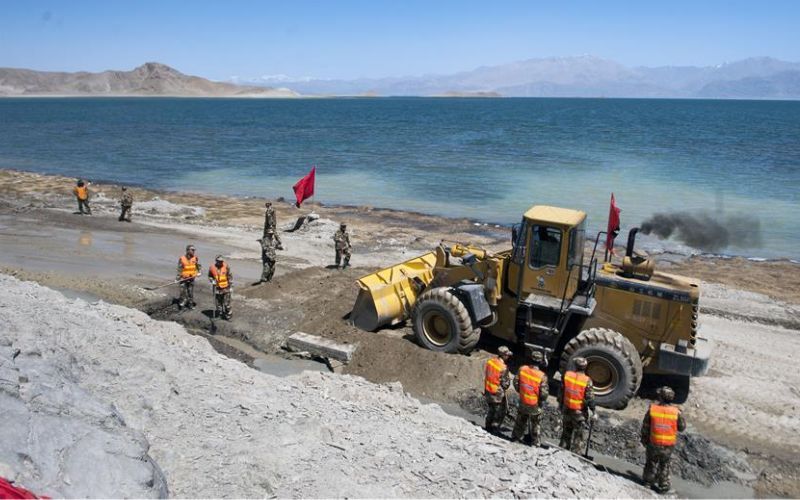 China preparing to build another highway in Aksai Chin, will be ready by 2035: Reports

Beijing: According to a report by The Hindu, China is preparing to build another highway through Aksai Chin, running along the India border and connecting Xinjiang with Tibet.

According to the new highway construction plan that has been revealed by China, the G695 national expressway will be only the second national highway through the disputed Aksai Chin region, where China controls 38,000 sq km of land claimed by India, since the controversial construction of the G219 highway in the 1950s, and is expected to be completed by 2035.

The plan for G695 follows long-held discussions to build another border highway to supplement G219 and act as another key artery that could help China mobilize resources rapidly towards border areas. China has also stepped up the construction of secondary highways at the provincial level that will connect the national highways to remote border areas.

The new highway, the Hong Kong-based South China Morning Post reported on Wednesday, will run even closer to the Line of Actual Control (LAC) than G219 and is likely to broadly run along the course of G219 from Mazha in Xinjiang in the north, through Aksai Chin, which is currently administered under the Xinjiang Uyghur Autonomous Region, heading south along the borders with India, Nepal and Bhutan, and down to Lhunze in southeastern Tibet right across the border from Arunachal Pradesh.

While a map of the proposed highway has not been released, the route described by the report will mean the highway will likely cut across Aksai Chin. Its course will bring it close to several disputed areas that have seen recent tensions, the Post reported, from Eastern Ladakh down to near Doklam close to the India-China-Bhutan trijunction. “Details of the new construction remain unclear, but the highway, when completed, may also go near hotly contested areas such as the Depsang Plains, Galwan Valley and Hot Springs on the LAC,” the report said.

Information Supplied by The Hindu