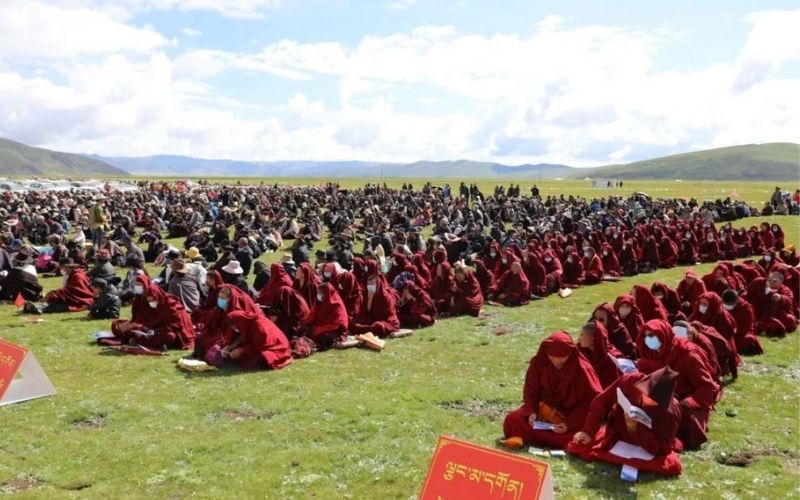 Lhasa : The Communist Party of China holds a national congress every five years where major leadership changes are announced. According to South China Morning Post, The 20th Party Congress, held in Beijing in the second half of 2022, is expected to see new faces promoted to senior positions and mark the start of President Xi Jinping’s unprecedented third term in power. Reports and Chinese social media handles suggest that , ahead of the Congress, CCP has ramped up its campaigns in Tibet.

Chinese propaganda machines are trying to portray a different and rosy picture of Tibet under CCP, whereas, human rights violations are rampant and Tibetans are forced to immolate themselves as a protest in the absence of other sources of registering protest. In social media, Chinese handles are sharing images of Tibetan environment and claiming that China has taken all steps to preserve the pristine Tibetan ecosystem; however reports have suggested that global warming and pollution are having grave impacts on the Tibetan environment.

Prominent Tibetan scholar Claude Arpi had observed that, while the human rights situation has steadily deteriorated in Tibet with the Communist Party monitoring the life of each individual through an Orwellian system, Xi Jinping preaches and promotes human rights to the rest of the world.

China's attempt to brainwash Tibetans and exert control over their thoughts will become more intensive as the Congress approaches and Dalai Lama, the exiled leader of Tibet will celebrate his 87th birthday on July 6, 2022.