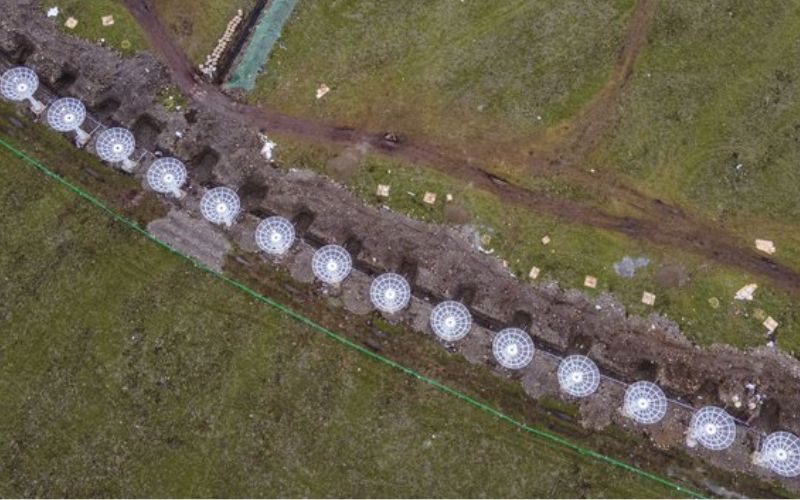 Lhasa: Reports suggest that the construction of the Daocheng Solar Radio Telescope (DSRT) on the Tibetan Plateau is going ahead at full steam and once complete, it will be a network of 313 dishes spanning six meters wide that will study the sun in detail, going deeper into the mechanisms that cause the Coronal Mass Ejections.

Coronal Mass Ejection (CME) comes right after a star throws out a flare or a sudden and bright burst of radiation that can extend far out into space. A coronal mass ejection is one of the biggest eruptions from the Sun's surface that can contain a billion tons of matter accelerated to several million miles per hour into space.

According to a report by the South China Morning Post (SCMP), the array will consist of 313 antennas (each with a diameter of 19.7 feet) equally spaced 3.14 kilometres apart with a 100-metre-long tower in the middle. SCMP reported that the under-construction telescope will work alongside the Mingantu interplanetary scintillation telescope. The second observatory is being assembled in inner Mongolia and would take indirect pictures of the sun to determine how solar winds scatter radio waves in deep space.

Daocheng is known for its snow-capped mountains and lakes as well as Tibetan culture and is home to the world’s highest-altitude civilian airport at 4,411 metres.