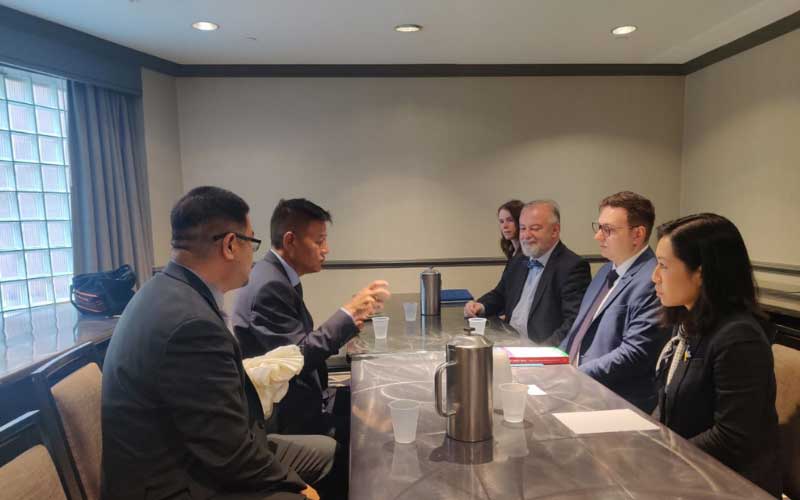 After the Czech Foreign Minister Jan Lipavsky met with Sikyong Penpa Tsering, the leader of the Tibetan government-in-exile, the Chinese embassy in Prague issued a statement calling Lipavsky’s encounter a “serious breach in relations with Beijing” saying the Czechs had sent “a consequentially wrong message to the Tibetan separatist movement.”

“It was a pleasure to see @SikyongPTsering in DC. We share the same values and are eager to defend democracy. (Czech Republic) also experienced what it was like to live under the influence of a superpower and to be deprived of human rights”, wrote Czech Foreign Minister Jan Lipavsky, retweeting Sikyong Penpa Tsering’s tweet.

“It is the enduring friendship between His Holiness and Vaclav Havel & our shared experience of living under oppression that strengthens the bond between the people of Czech Republic and Tibet. I was happy to meet Czech Foreign Minister @JanLipavsky to build on this relationship”, read Sikyong’s tweet.

This has compounded brewing tensions between the European Union and Beijing already strained by the war in Ukraine. Lipavsky has been vocal in accusing China for supporting Russia’s rationale for the invasion of Ukraine -- and has followed a tradition of Czech politicians seeking ties with Taiwan, an issue that has roiled relations between Beijing and Prague.

Sikyong will be in Washington until April 29 at the invitation of House Speaker Nancy Pelosi, and will be following his talks there with visits next week to Canada and Germany. The delegation had paid a courtesy call to US Special Coordinator for Tibet Uzra Zeya and Ambassador-at-Large for International Religious Freedom Rashad Hussain earlier this week.