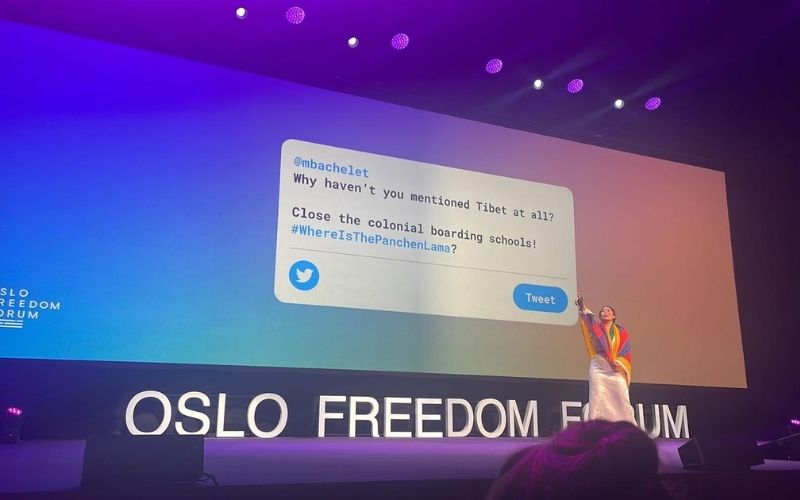 Tibetan activist Chemi Lhamo, while speaking at the event titled "Sports washing - From the Beijing Genocide Games to Qatar's FIFA World Cup Migrant Workers' Crisis", pointed out that China has used the 2008 summer Olympics and 2022 Winter Olympics to enhance its image among the world.

The activist stressed that despite the human rights violations in China the country is "currently in a situation not only to prove and convince its opponent's the world over but also to its own Chinese citizens within and outside China that it is a great country and China had used it to its fullest advantage about two Olympics in 2008 and 2022".

Speaking at the Forum, she said that China is using sports as an opportunity and tool in enhancing the country's image and self-esteem.

Several human rights groups have repeatedly called on the Chinese authorities to allow independent UN human rights experts and other human rights monitors access to Xinjiang - a demand that is finally being granted with this brief visit by the Office of the High Commissioner for Human Rights (OHCHR).

"China is also cracking down to wipe out the identity of the Tibetan culture. The infringements on religious practices like demolitions of Buddha and Padmasambhava Statues, absurd claims of selecting the next Dalai Lama, and detaining people from sharing the demolition videos are the recent examples of the human rights violation," said Lhamo.