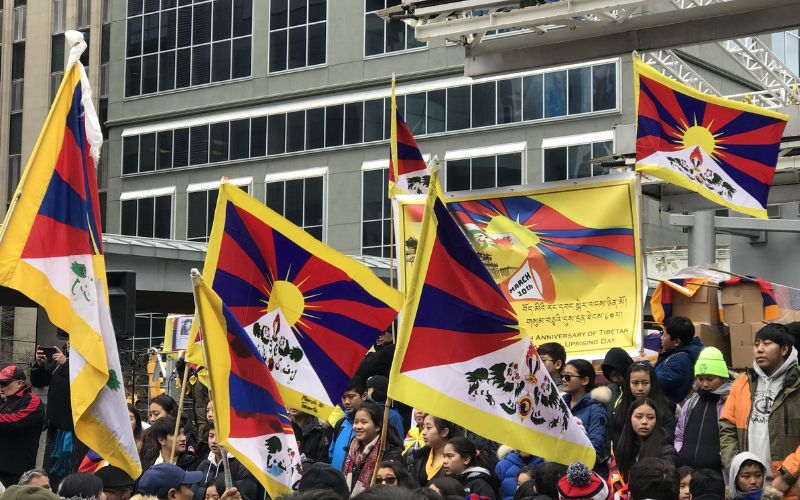 China's development narrative fails to hide its invasion of Tibet

Lhasa: Continuing the narrative that Chinese Communist Party brought ‘development’ to an erstwhile undeveloped, poor Tibet, a Xinhua report has claimed that Tibet’s development under CCP’s leadership is a reflection of China’s “political and institutional advantages”.

China's “unswerving drive to rally national support for the Tibet Autonomous Region has helped transform a once poor, backward old Tibet into a new Tibet featuring economic prosperity and happiness of its people over the 71 years since the region's peaceful liberation in 1951”, observed the report. China claims to have “peacefully liberated” Tibet whereas it invaded the world’s rooftop and is still exerting control over it where it is committing gross human rights violations.

The report goes on to claim that “Mountain-locked Tibet had long suffered from poverty due to its high altitude, harsh environment, poor transportation and lack of resources”. In 1950, CCP had invaded Tibet, to claim its plentiful natural resources and gain control of a strategically important border with India. Tibet has rich natural resources and is Asia’s water Tower. Today, Tibet’s resources are being exploited in the name of development.

“Tibet is the first provincial-level region in China to provide 15 years of publicly funded education, from kindergartens to senior high schools”, observes the report. This conveniently overlooks the fact that Tibetan children are being forced into colonial boarding schools where they are subjected to propaganda lessons. Chinese authorities have also closed down schools where students were taught in Tibetan language; Mandarin is being imposed in schools including kindergartens.

The report also sings praises of the pairing assistance scheme underway in Tibet. This emphasis on pairing assistance comes in the backdrop of the recent UN Special Rapporteur on Contemporary Forms of Slavery Tomoya Obokata’s report released this week pointed towards forced labor that has taken place in the Xinjiang region of China and similar instances of forced labour being carried out Tibet too. Researcher Adrian Zenz had suggested that transfers to labor placements outside the TAR (which include employment at the COFCO Group, China’s largest state-owned food-processing company) follows "centralized", "group-style", "point-to-point" method, often linked to Tibet Aid (Mutual Pairing Assistance), with regard to the forced labour in Tibet.

CCP handles are also celebrating fancy GDP growth rates in Tibet, but this does not reflect the real condition of Tibetans inside Tibet. While CCP falsifies economic figures of Tibet's GDP growth, it hides the actual situation inside Tibet. CCP, using rampant fabrication of economic data, hides the fact that the boost in GDP is led by debt-driven state investment rather than consumer spending, boosting debt levels, as once pointed out by researcher Adrian Zenz.

The recent COVID19 outbreak in Tibet and CCP's mishandling of the situation have foiled its attempts to strengthen its development narrative.