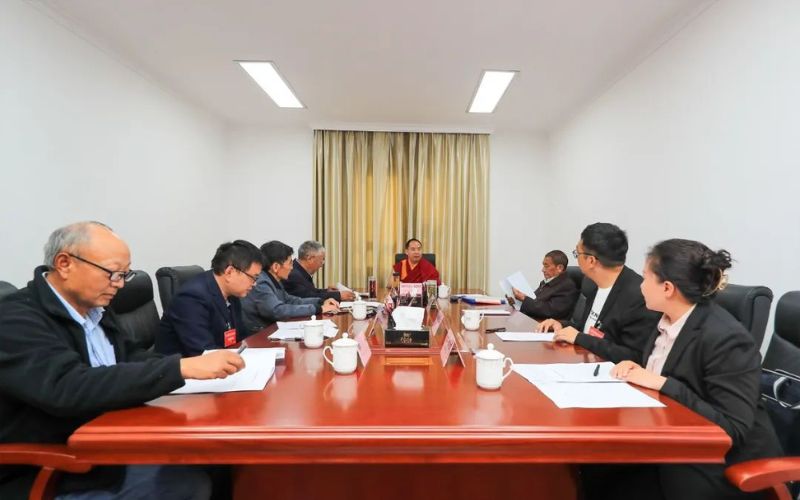 Lhasa: According to some reports, China’s Panchen Lama Gyaltsen Norbu chaired a symposium held by the Tibetan branch of the Buddhist Association “to study and promote the Sinicization of Tibetan Buddhism.”

After the 10th Panchen Lama’s death in 1989, the 14th Dalai Lama Tenzin Gyatso had identified 6-year-old Gedhun Choeki Nyima as the 11th Panchen Lama. Subsequently, the People’s Liberation Army abducted the 6-year-old Lama and his family, with their whereabouts still unknown to this day. Instead, Gyaltsen Norbu was recognized as the ‘official’ 11th Panchen Lama by the Chinese government in 1995 - a move since then decried by His Holiness the 14th Dalai Lama and the Tibetan community alike.

The institution of the Panchen Lamas is considered only second to that of the Dalai Lama in spiritual importance in the Gelug school of Tibetan Buddhism. While HH the Dalai Lama had already taken refuge in the hill town of Dharamshala in India in 1959, thus effectively being outside the control of Beijing, China indeed wanted to make sure to pursue control of the institution of the Panchen Lama to exert legitimacy for its illegal occupation and rule in Tibet.

Since his appointment as the 11th Panchen Lama by China in 1995, Gyaltsen Norbu has been presented as the ‘face of Tibetans and Tibetan Buddhism’. Having been brought up in Beijing since his childhood in a ‘Chinese way’, PRC has campaigned hard for Norbu - he was also appointed to the Chinese People’s Political Consultative Conference (CPPCC) in 2010 and Vice President for the Buddhist Association of China. Over the years, Norbu has undertaken numerous domestic and foreign trips as a Chinese puppet and made various speeches to talk about Buddhism, Tibet and China. In doing so, it seems that he has failed to win the admiration of Tibetans and the Chinese alike.