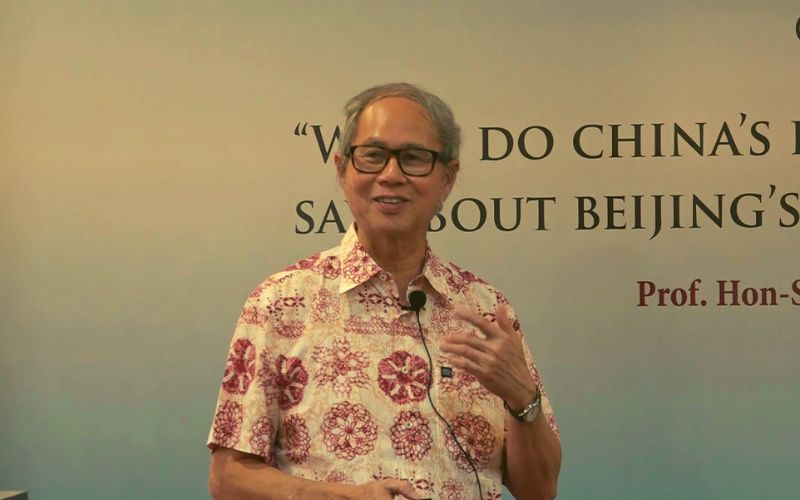 He stated that this is an important issue because China is a signatory to the relevant covenants of the League of Nations and the United Nations; which means that, since 1919, China has promised not to gain territories through military conquest thereafter. Moreover, the PRC incessantly condemns other countries for their past colonial conquests and their past “bullying” of China.

Hon-Shiang Lau added that PRC needs to cover up its 1950 Tibet conquest as a “unification” of a territory that has been “part of China since antiquity.” Sadly, today many governments incorrectly believe this ridiculous lie, and this is part of the reason why many western democracies fail to provide adequate support for upholding Tibet’s sovereignty.

He mentioned that there are two important foundation concepts behind this theme, which are: Foundation A: “There is an abundance of authentic and reliable pre-1949 Chinese official historical records. The PRC-version of “Chinese history” is very different from the version of “Chinese history” reflected in these pre-1949 official Chinese records, and Foundation B: “We use a comprehensive range of objective criteria to examine whether Tibet was part of China. Thus, to judge whether Tibet was part of China during China’s Ming dynasty, we use official classical Chinese records to examine”.

He also proved that PRC’s evidence of sovereignty over Tibet are based on not only distortions, but outright fabrications and forgeries of pre-1949 Chinese records. This means that a current permanent member of the UN Security Council militarily conquered a foreign country in 1950 and continues to subjugate it today. This crime obligates the intervention of the international community.