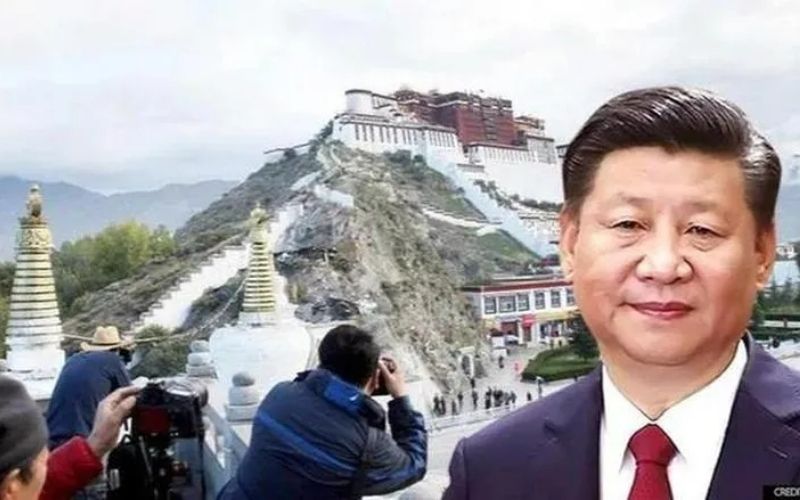 Lhasa: The year 2021 has witnessed a further deterioration of the humanitarian situation in Tibet Autonomous Region (TAR) with a targeted crackdown and severely limited freedom of practising religion and language, says a report released by the European Union.

The EU report titled 'Report on Human Rights and Democracy in the World' documented the unravelling atrocities and the campaign of "De-Tibetanisation" that CCP has launched in the Himalayan country.

As per the experts, ever since the People's Liberation Army (PLA) has taken over Tibet, they have entrenched complete control over its linguistic and cultural heritage. The Chinese Communist Party (CCP) is on a quest to target rural areas, forcing leaders of smaller tribes to speak in Mandarin. On Tibet, the EU notes that the Chinese government continued to implement similar policies as those implemented in Xinjiang, severely limiting Tibetan culture, language and identity.

Beijing has forced Tibet to adopt Mandarin as the medium of education and official work, besides denying higher education to followers of the Dalai Lama, noted the report.

In July 2021, authorities announced that kindergartens in ethnic minority areas must use Mandarin as a teaching language. Access to the TAR was possible only for controlled visits of official delegations or tourist groups, the EU report said.

The report further summarizes the efforts undertaken by the European Union to advance human rights in China. This includes the sanctions taken against four Chinese individuals (including the now-Tibet Autonomous Region secretary Wang Junzheng) and one entity for their involvement in serious human rights violations in Xinjiang, and the continuous calls to China to fulfil its obligations under the UN Charter and international law, as well as under its own constitution.