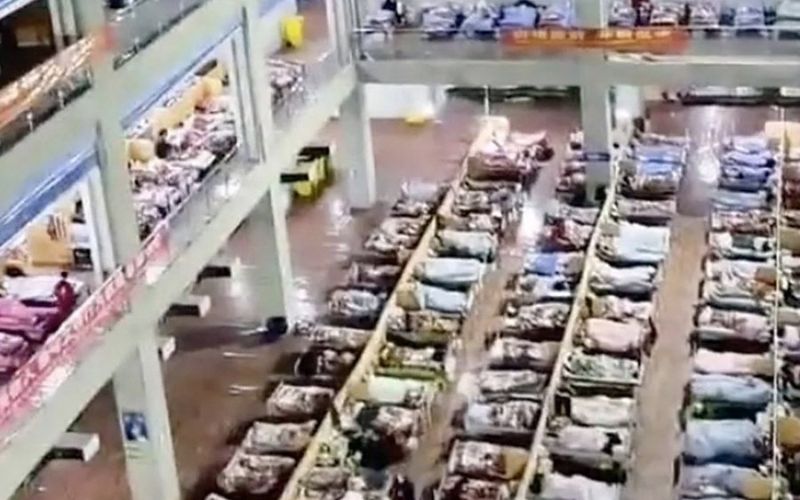 Chinese authorities in Tibet’s capital of Lhasa have apologized for their handling of the city’s lockdown after angry residents, mostly Han Chinese, complained about food shortages, a lack of proper care for hospital and quarantine patients, and a chaotic mass-testing system, reported.

Few Tibetans, who invariably face accusations of engaging in separatist activity for any kind of protest action, were also reported earlier to be among angry residents who aired their grievances on social media.

Zhandui, one of the city’s vice mayors, bowed in apology during a media briefing on Sep 17 night, adding the complaints had highlighted the city government’s shortcomings and weaknesses, reported the scmp.com Sep 18.

“We sincerely accept criticism for these problems, which have had a greater impact on the productivity and life of some of the people. On behalf of the municipal government, I would like to express our deep apologies to the people of all ethnic groups and those stranded in Lhasa due to the epidemic,” Zhandui has said.

Sui Xingguo, deputy chief of the city’s Chengguan (or Municipal) district, has also apologized for failing to address the lack of food and essential items for people under quarantine, as well as the bad attitude of some officials who handled complaints. “Some staff did not treat residents with care and responded to their demands with an attitude and manner that hurt residents’ feelings,” Sui has said, adding that some food packages had not been delivered to those that needed them.

The report noted that the city of 860,000 people had reported 565 symptomatic cases in the current outbreak, including four on Sep 17, but far more asymptomatic ones – although the way the figures were recorded meant it was impossible to give an exact number.

Angry residents, overwhelmingly Han Chinese, in Lhasa also took to social media to voice their frustration over the handling of the Coronavirus outbreak, which started in early August and prompted a citywide lockdown.

The report said some had complained that infected patients were quarantined alongside those who had tested negative, while others were stated to have questioned how their community kept recording positive cases when they were confined to their flats.

Videos posted on social media apparently showing poor conditions in isolation facilities were reported to have been removed by online censors. One of these clips showed what appeared to be an unfinished isolation facility with cement floors and walls, with one shared toilet and sink between residents. Others showed scores of people sleeping on the floor or in crowded facilities, the report said.