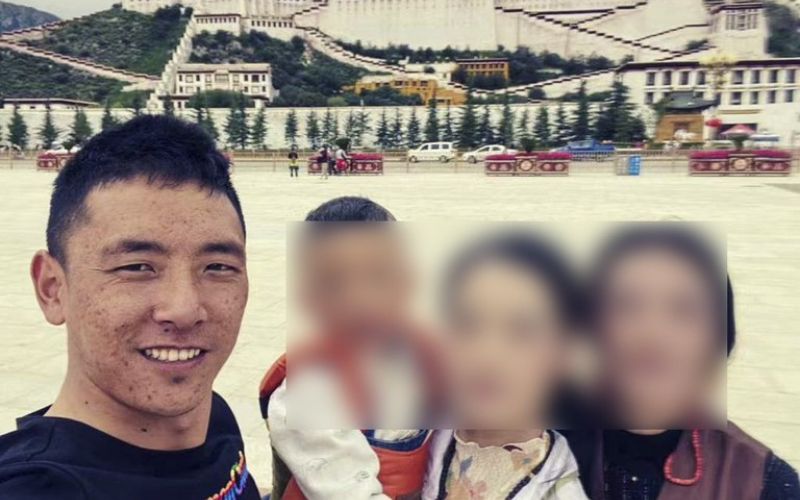 Thupten Lodoe, also known by his pen name Sabuche, is a university graduate in his 30s from Seshul county (in Chinese Shiqu), part of the Garze (Ganzi) Tibetan Autonomous Prefecture in Sichuan province.  The husband and father of two children is fluent in Chinese, English, and Tibetan and is known to have studied at a school established by the Panchen Lama, a Tibetan spiritual leader. The Chinese government offered him 10,000 yuan (U.S. $1489) to accept a job, which he turned down to advocate for the preservation of the Tibetan language.

“Lodoe was arrested unexpectedly by the Chinese authorities six months ago from Seshul County and taken to Chengdu, [Sichuan’s capital],” a Tibetan source in Tibet told RFA’s Tibetan Service, on condition of anonymity for security reasons.

“Since then, his whereabouts and condition are unknown. His family has learned from some sources that he will be convicted soon, but they still don’t know where exactly he is being detained at the moment, whether in a prison or a detention center,” the source said.

The arrest of Lodoe is part of a larger crackdown by the Chinese government on Tibetan writers, intellectuals and cultural leaders. Authorities arbitrarily imprison them for long periods of time in undisclosed locations, without revealing the exact charges or the dates of their sentences to their families, sources said.

“However, this time Chinese officials from Sichuan province came to arrest Lodoe. Many believe that Lodoe was arrested for having communicated with people in exile and also for advocating for Tibetan language rights. Chinese officials have still not cited any reasons for his arrest,” the source added. “We still don’t know the exact month and date of his arrest [either].”