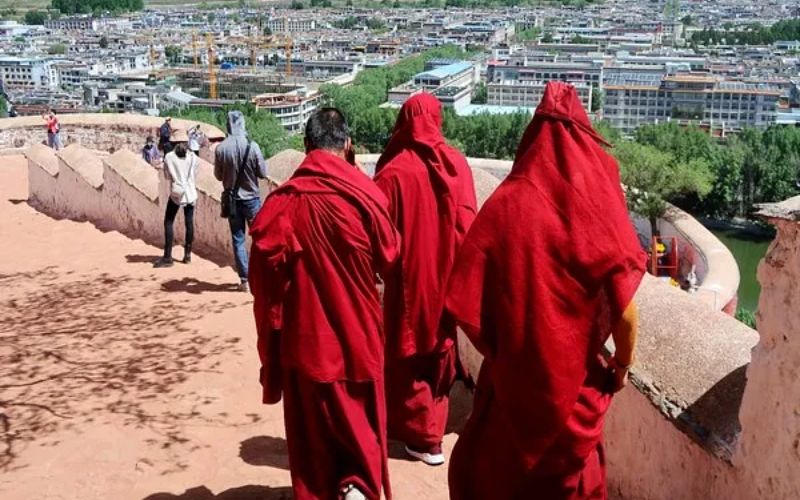 Lhasa: According to some reports, cultural liberty in Tibet is a myth as Tibetans under the Chinese administration are strictly forbidden to follow their religion. In Tibet, those who are found practicing their own religion, get arrested, beaten up and tortured brutally. While many of the arrested Tibetans were released after a deterioration in their health, Tibet Press reported, adding that the nuns and the monks are the targeted people of the Chinese.

According to Radio Free Asia, Chinese authorities have long sought to restrict the size and influence of Tibetan Buddhist monasteries, traditionally a focus of Tibetan cultural and national identity.

Recently, US State Secretary Antony Blinken spoke at the release of the 2021 Report on International Religious Freedom at the State Department.

He mentioned that “China prosecutes religious followers and called it as contradicting the CCP's doctrine for destructing religious places and discriminating Tibetan Buddhists”. Rashad Hussain, Ambassador-at-Large for International Religious Freedom who also spoke at the State department expressed that many governments use unfair laws to prosecute religious practitioners.

He also stressed that China is still cracking down on Tibetan Buddhists. Authorities arrested, tortured and use other abuses against Tibetans who promotes their language and culture, keeps pictures and writings of the Dalai Lama or practiced their religion at Buddhist monasteries. The Report released is divided into four parts. They are categorized as Religious Demography, Status of Government Respect for Religious Freedom, Status of Societal Respect for Religious Freedom and US government Policy and Engagement.

Since their illegal occupation in Tibet, China has assaulted the rights of the Tibetan people to practice their own religion, language, tradition and culture. The Chinese authorities, in order to accomplish their Sinicization mission, have attacked their cultural identity by making their language, Mandarin, the medium of instruction in the schools in Tibet from the primary level, noted the report.