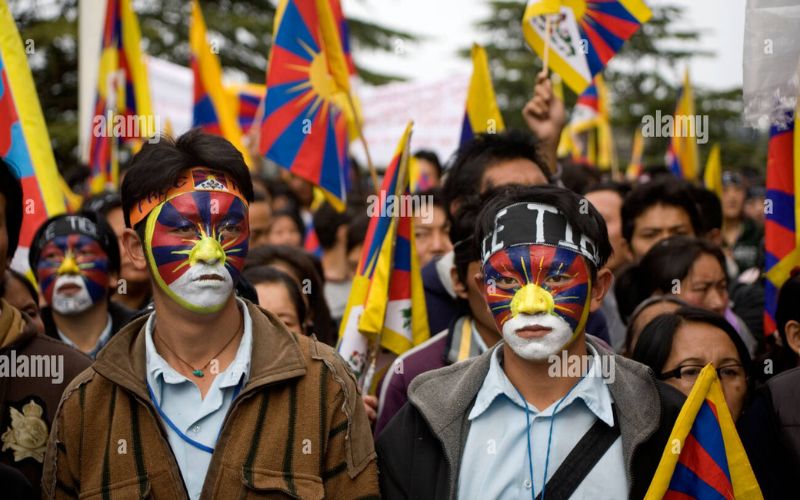 Chinese authorities denying the right of Tibetans in exile to return to their families in Tibet: Reports

The Chinese authorities in Tibet are using various methods to deceive Tibetans in exile to return to Tibet, where they are imprisoned even if they have family in exile, reported Tibet Post. This is intended to weaken the Tibetans in exile.

Tibetans who fled to India and studied there were not allowed to return after graduation when they wanted to visit their families and were forced to stay in a country where basic human rights such as freedom of movement, freedom of speech, freedom of expression, and freedom of religion are non-existent. Those who are forced to remain in the country are unable to find suitable employment, particularly in the education and tourism sectors.

The Chinese government is concerned that these Tibetans will influence Tibetan children and provide tourists with information about the real situation in Tibet. Even if they have completed higher education in India or other countries, they are forced to work in uneducated jobs in Chinese cities rather than Tibetan ones and are only allowed to visit their families once or twice a year.

TPI discovered that educated young Tibetans who return to Tibet are unable to work as teachers or tour guides in high-level positions, even if they are fluent in Tibetan, Chinese, and English. As a result, even if they return home, their years of education are rendered useless; they are unable to contribute to the family or society.

On the one hand, the CCP is concerned that the return of Tibetans in exile will have an impact on Tibetans who have never left the country, and on the other hand, the CCP does not want a large number of Tibetans contributing to the cause of Tibet, particularly the Free Tibet campaign. Although they do not look positively on Tibetans who come from outside and do not allow them to find good jobs, there is recent evidence that the CCP employs a variety of methods to persuade Tibetans in exile to return.

According to one report, Chinese authorities force the families of exiled Tibetans to "falsely claim that they are seriously ill," and then force them to stay in the country and forbid them from returning, even if their wives, husbands, and children are in exile. This measure is intended to weaken the Tibetan exiles' position.

According to a human rights group, the Chinese government, in order to implement the policy of "returning Tibetans from abroad", the Tibetan Affairs Bureau of the United Front Work Department of so called the Tibet Autonomous Region has in recent years begun to force the families of exiled Tibetans to "falsely claim to be seriously ill", taking advantage of their relatives' eagerness to return home to visit them, and then not allowing them to return.

In fact, it was a lie when they arrived, and their relatives were not seriously ill, but the Chinese authorities barred them from leaving the country again after they returned home to visit their relatives and discovered they had been deceived. This policy aims to reduce the strength of Tibetans in exile and weaken the political activities and movements for a free Tibet by Tibetans around the world.

The United Front Work Department (UFWD) of China collects intelligence on the elite, manages relations with them, and attempts to influence them both in China and abroad. The UFWD focuses its efforts on individuals or entities outside the CCP, particularly in overseas Chinese communities, who wield political, business, or academic power or represent interest groups. The UFWD seeks to ensure that these individuals and groups support or serve the interests of the CCP through its efforts.