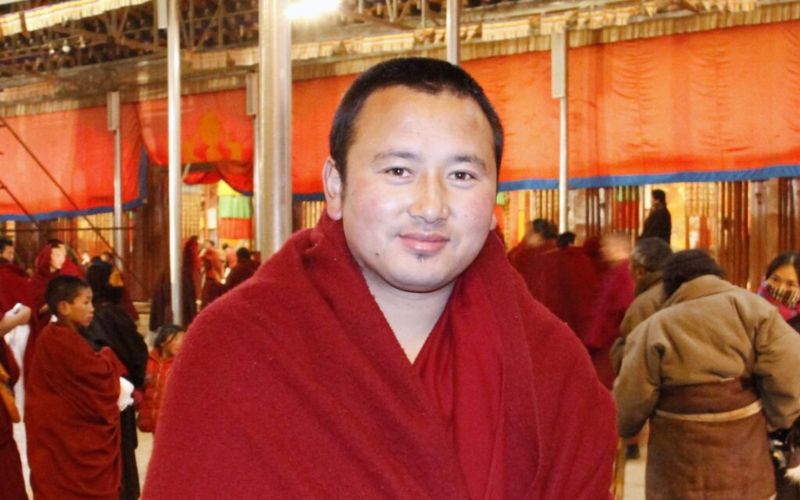 A Central Tibetan Administration (CTA) cited a reliable source as stating that Lobsang Choephel, a Tibetan monk from Kirti Monastery in Ngaba in Tibet, was given a sentence of two years and six months in prison by the Chinese authorities at the beginning of October 2022.

The CTA said according to the source, the Chinese authorities arrested him in summers this year and held him in custody until he was sentenced in October. At this time, the source says the reason for his arrest, as well as his current location and well-being, remain unknown.

Lobsang Choephel has also been arrested twice by Chinese authorities earlier. He was first arrested in Lhasa in 2008 and again in 2011 at Ngaba. He was detained for over four months at that time.

Lobsang Choephel was detained in 2011 for resisting and protesting against the "patriotic education campaign" or "legal education" that the Chinese authority had imposed on monks in addition to an indefinite ban on normal religious activities at the monastery.

Lobsang Choephel is from Chakhog Chukleygap, which is in the traditional province of Amdo in the Tibetan Autonomous Prefecture of Ngaba.Gatse and Nekyi are his parents, and he has been a monk at Kirti Monastery since he was a child. According to the CTA release, the Chinese police had previously detained his younger brother Lobsang, a monk at Kirti monastery.

The CTA added that Tibetans are required to denounce the Dalai Lama as part of the patriotic education session.