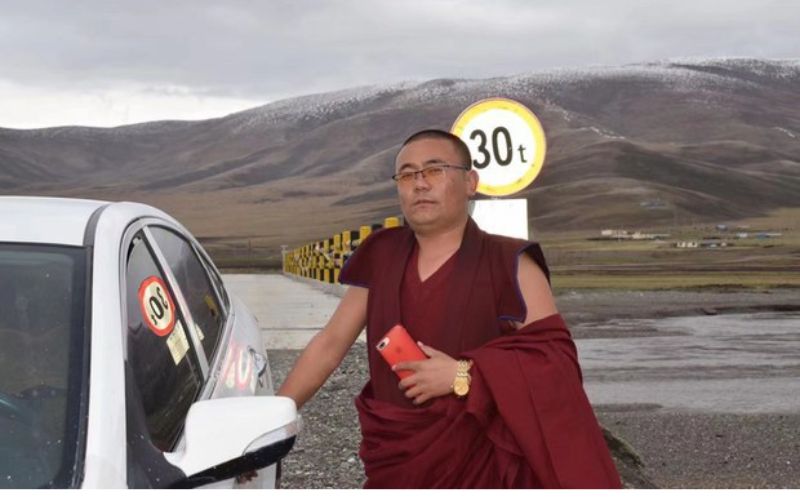 Chinese authorities sentenced two Tibetan monks to at least three years in prison for possessing photos of the Dalai Lama, Tibet’s foremost Buddhist spiritual leader who has been living in exile since 1959, RFA has learned.

Both Monks were among the 250 living at the Barong monastery in Kardze (in Chinese, Ganzi) Tibetan Autonomous Prefecture’s Sershul (Shiqu) county. They had photos of the Dalai Lama on their cell phones and have been in custody for the past two years, a source in Tibet, who requested anonymity for security reasons, told RFA’s Tibetan Service

“In May of this year they both were convicted of committing an act of ‘separatism’ by possessing photos of the Dalai Lama,” the source said.

“They were both convicted by the People’s Court in Sershul county and no one knows how fair the trial was as their families and relatives were not allowed to see them,” said the source.

“Tibetans are threatened by the Chinese authorities so they do not share or discuss any information about them, so we don’t know about their health or which prison they are detained in.” More information about them is hard to come by, a Tibetan living in exile who requested anonymity to speak freely told RFA. “Due to tight restrictions in the region, it is difficult to obtain [records on] arrests made by the Chinese authorities,” the second source said.

“Since 2021, the Chinese government has been aggressively inspecting each and every home and threatening Tibetans, telling them that possessing photos of the Dalai Lama is as felonious as possessing arms and guns.”

The Dalai Lama fled Tibet into exile in India in the midst of a failed 1959 Tibetan national uprising against China, which sent troops into the formerly independent Himalayan country in 1950. Displays by Tibetans of the Dalai Lama’s photo, public celebrations of his birthday, and the sharing of his teachings on mobile phones or other social media are often harshly punished.

Chinese authorities maintain a tight grip on Tibet and on Tibetan-populated regions of western China, restricting Tibetans’ political activities and peaceful expression of cultural and religious identity, and subjecting Tibetans to imprisonment, torture and extrajudicial killings.