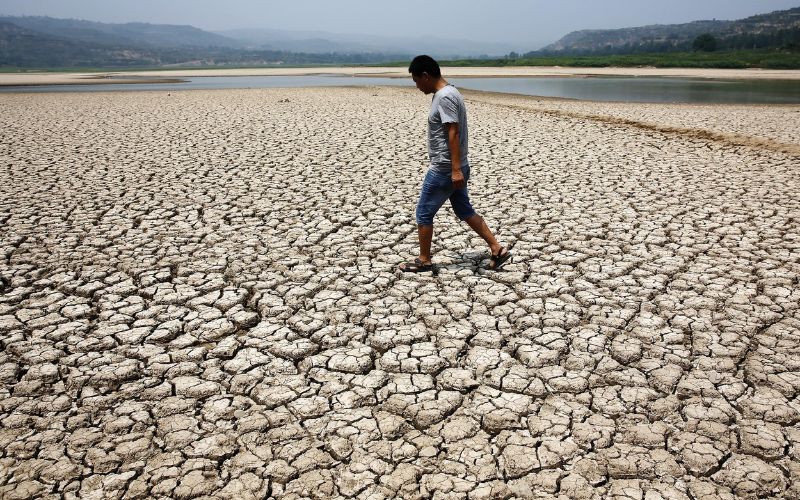 The climate crisis in Tibet has gotten worse over time. China's illegal takeover of Tibetan land has forced the nation to lose its essence and face degradation in various areas, as per a report.

The livelihoods of people in Tibet are mostly dependent on farming. Since China's occupation of the land, severe climate changes have made the Tibetan region vulnerable. China has used Tibet, its people and its land for its own growth, be it socially or economically, news agency ANI reported.

Tibet is known as the "roof of the world" and is also called at times the "water tower of Asia". It is home to the world's third largest ice water source and provides water through its river sources to almost 2 billion of the Asian population. But the alarming rate of increasing climate crisis in the nation is creating a worry for its future, ANI reported citing Tibet Press.

The issue that worries people the most is that the drastic changes in the ecosystem would have an impact on other aspects, such as agriculture and water, which will eventually affect the livelihoods of those who depend on Tibet for their water resources. The Tibetan plateau will apparently go through a great water loss due to global warming in this century itself.

There have also been warnings issued regarding how the severity of climate change will result in a change in the hotspots also.

The reservoirs of the Tibetan Plateau that cover major parts of southern China and northern India rely fully on the monsoon for its water source and currently supply and fulfil the water demand of two billion people, ANI reported.

According to the news agency, scientists are finding it difficult to predict the ways in which the warming temperatures and the frequent changes in the weather patterns related to climate change will stir up the region's water storage.

This is mainly because of the complicated terrain of the Tibetan plateau. Over the two decades, satellite-based measurements have been used by researchers in China and the United States to know the net change in water and ice mass.

The Tibetan Plateau had reportedly lost over 10 billion tonnes of water a year since 2002 because of the escalating changes in the warm and wet climate.

The news agency reported that China, which is the biggest emitter of carbon dioxide, is making no efforts to reduce the emission of greenhouse gases or take charge of its irresponsible actions towards creating a climate crisis in Tibet as well as the world.