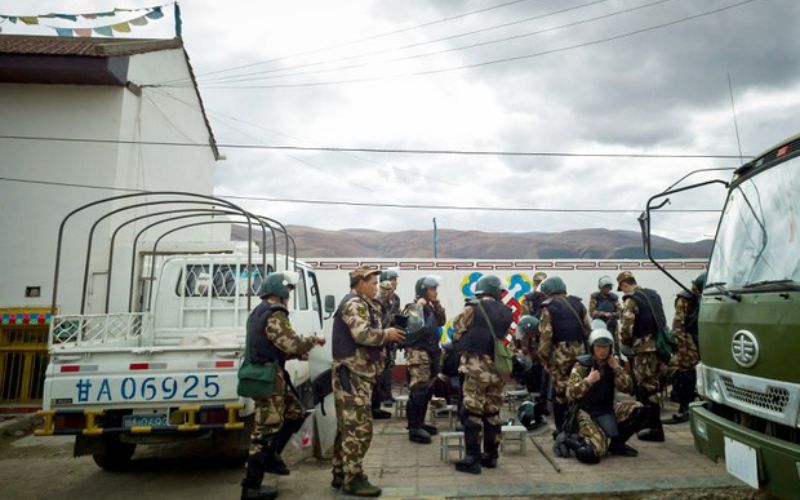 According to reports, Chinese authorities are calling in Tibetans returning from exile to their home regions in Tibet for questioning as they look for indications of treachery or separatistism. The authorities have recently summoned returnees residing in the Tibetan-populated Golog (Chinese: Guoluo) and Ngaba (Aba) counties in western China's Qinghai province without prior notice.

“Frequent meetings are being held to tell them how to live ‘a decent life’ under Chinese government rule and to stay away from sensitive political issues, and they are also being questioned over the phone from time to time,” the source said.

Tibetans returning from exile to their previous homes have been taken on excursions to Chinese towns as part of a growing Chinese political education programme to show them what the authorities refer to as evidence of prosperity and development under Communist Party rule.

Tibetans returning from exile to Tibet’s regional capital Lhasa are kept under particular scrutiny, another source in exile said, with their cell phones regularly inspected and monitored and their movements restricted around politically sensitive dates like the July 6 birthday of exiled spiritual leader the Dalai Lama.

According to reports, China's efforts to entice Tibetans back to their homeland have stepped up in recent years. Chinese authorities have reportedly contacted Tibetans living in India and Nepal to inquire about their intentions to return and the employment they are currently engaged in.