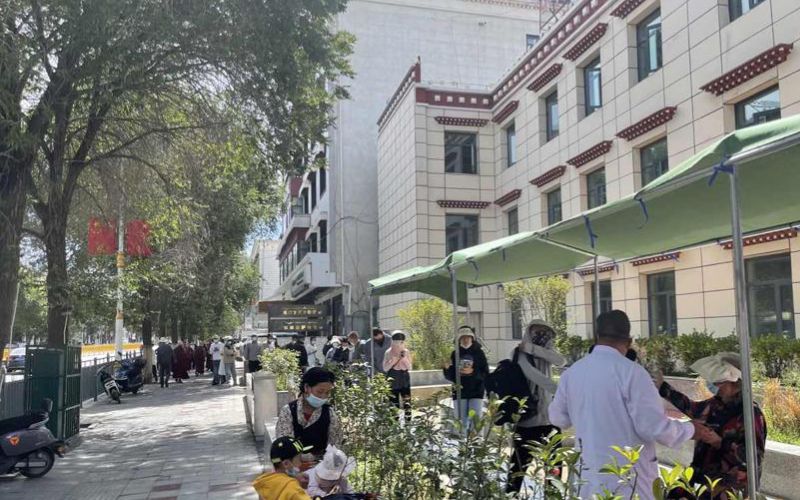 Lhasa: Train services from Tibet’s capital Lhasa to Beijing have been suspended and adjusted to run between Lhasa and Xining, capital of Qinghai province, after more than 30 passengers aboard a train on this route tested positive for the Covid-19 pandemic infection on Aug 17, reported China’s official chinadialy.com.cn Aug 22.

The 360 symptomatic cases included 232 in the worst-affected Hainan province and 55 in Tibet Autonomous Region (TAR).

With a total of 549 cases, TAR continued to be the second worst Covid-affected provincial-level region in the PRC.

Qinghai, which did not report any symptomatic case on Aug 21, was the fifth worst Covid-affected provincial level region on that day.

And Yunnan Province, which includes a part of the traditional Tibetan province of Kham, reported 1 symptomatic and 4 asymptomatic daily new cases.

Tailored, stricter epidemic control protocols have been implemented on trains after more than 30 passengers aboard a train from Lhasa to Beijing on Aug 17 tested positive. The train, the Z22, made 10 stops during the 40-plus hour journey, reported the official chinadaily.com.cn Aug 22.

Meanwhile, more temporary hospitals are being built across the TAR to receive more asymptomatic patients, reported the official news.cgtn.com Aug 22, possibly suggesting that the pandemic situation is worsening, or expected to worsen, despite official reports showing declining numbers of new cases.