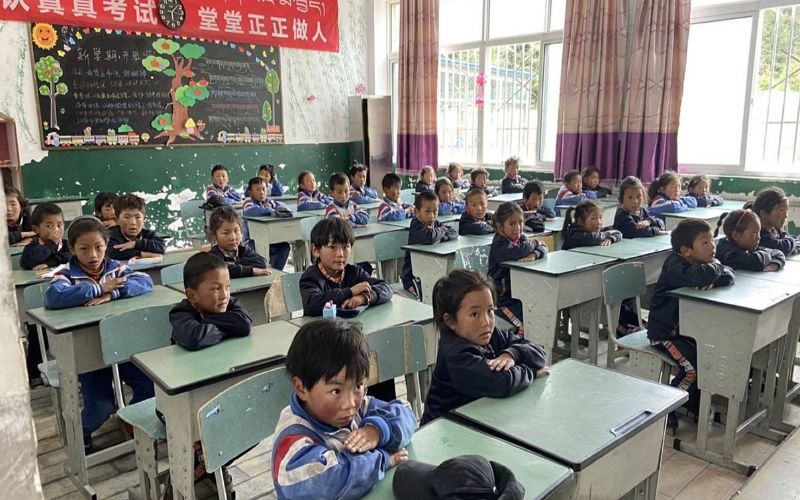 Central Tibetan Administration based in Dharamshala called on China to stop the forcible enrolment of Tibetan children in the colonial boarding schools in occupied Tibet.

“On the International Day of Education, Central Tibetan Administration, on behalf of all the Tibetans, would like to call upon the Chinese govt to stop the forcible enrolment of Tibetan children in China’s colonial boarding schools in Tibet & the immediate shut down of such schools”, tweeted CTA. The case of colonial boarding schools in Tibet is an important issue that must be addressed.

According to a report published by the Tibet Action Institute, these state-run schools in Tibet house an estimated 800,000 to 900,000 Tibetan students aged six to 18, as well as an unknown number of four and five-year-olds. The report observed that these schools are "a cornerstone of Xi Jinping's campaign to supplant Tibetan identity with a homogenous Chinese identity in order to neutralise potential resistance to CCP rule". In fact, these schools are one of many tactics employed by the CCP to achieve this goal.

"China's colonial boarding school system in Tibet is the cornerstone of a broader effort to wipe out current and future resistance of the fiercely proud Tibetan people by eliminating the three pillars of Tibetan identity - language, religion, and way of life," Tibetan activist Lhadon Tethong testified before the Congressional-Executive Commission on China on April 5, 2022.

According to Lhadon, the massive colonial boarding school system threatens the very survival of the Tibetan people and nation because it is so wholly and completely focused on Tibet's future - our children. This racist policy is part of a larger effort to eliminate "current and future resistance of the fiercely proud Tibetan people," according to the testimony.

The Chinese government has a plan for Tibet's children: if the Chinese Communist Party (CCP) gets its way, the next generation will be loyal to the CCP and unfamiliar with Tibet. Their mother tongue, history, way of life, and very Tibetan identity will be foreign to them. The system of Tibetan residential schools is one of the most shocking and pervasive aspects of this plan.

A generation of Tibetan children and parents is suffering from devastating psychological harm, including total alienation from their culture and traditions. "Our teachers drove us to hate our heritage, our elders, even our parents," one former boarding school student said. We felt ashamed of our cultural background".