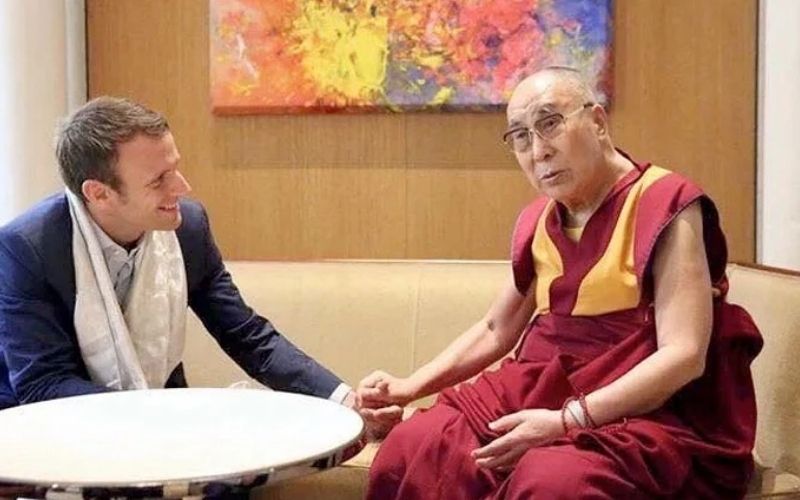 According to reports, His Holiness the Dalai Lama wrote to President Macron in Thekchen Chöling, Dharamsala, HP, India, congratulating him on his historic re-election as President of France.

"It has been the Tibetan people's good fortune," His Holiness continued, "to receive the friendship and encouragement of the people of France and their respective leaders in our endeavour to protect and preserve our ancient Buddhist culture, a culture of peace, nonviolence (Ahimsa), and compassion (Karuna) that has the potential to benefit the entire human race". "I'd like to take this occasion to convey my thanks on behalf of all Tibetans once more", he added.

"I wish you every success in confronting the challenges that lie ahead in achieving the dreams and aspirations of the French people and contributing to a more peaceful and harmonious world," the Dalai Lama added.