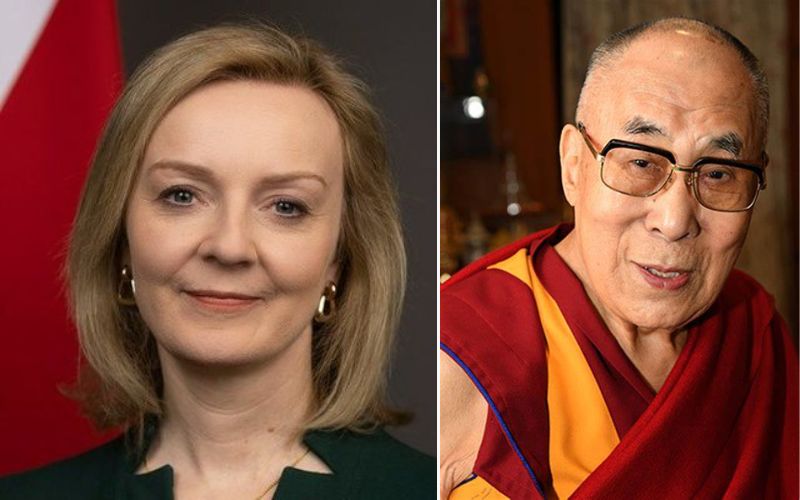 Dharamshala: His Holiness the Dalai Lama has congratulated Liz Truss on her election as Prime Minister of the United Kingdom in a letter.

He said in his letter ““Historically, we Tibetans have enjoyed a long and unique relationship with Great Britain. To this day we maintain close contacts with members of the families of British Government officials who were posted in Tibet prior to 1959.”

“I am also very appreciative of our British friends’ strong interest in and support for the Tibetan people's aspirations for freedom and dignity.”

He concluded by saying, “These are very challenging times. It is my hope that the U.K. will continue to prosper and make a significant contribution to the peace and stability of our ever more interdependent world.”

Prime Minister Liz Truss tweeted, “I am honoured to be elected Leader of the Conservative Party. Thank you for putting your trust in me to lead and deliver for our great country. I will take bold action to get all of us through these tough times, grow our economy, and unleash the United Kingdom’s potential”.

Mary Elizabeth Truss, also known as Liz Truss, is a British politician who was sworn in as Prime Minister of the United Kingdom on September 6, 2022. Since 2019, she has served as Minister for Women and Equalities, and since 2021, she has served as Secretary of State for Foreign, Commonwealth, and Development Affairs. She has held positions in the Cabinets of Prime Ministers David Cameron, Theresa May, and Boris Johnson.