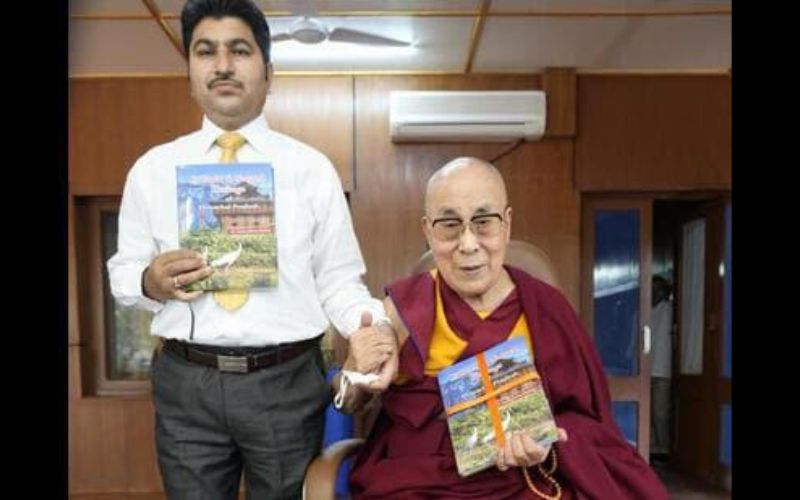 Dharamshala: Tibetan spiritual leader the Dalai Lama on Wednesday released a book titled “Cultural and Natural Heritage of Himachal Pradesh” at his residence in McLeod Ganj. The book has been penned by senior Himachal Administrative Service (HAS) officer Sanjay Kumar Dhiman.

In the book, Dhiman explores the bond people of the state share with flora and fauna. It explains the importance of various animals and plant species found in the hills to the local population.

“The book also carries a special message from His Holiness the Dalai Lama for the conservation of nature,” said Dhiman, who already has 12 books to his credit.