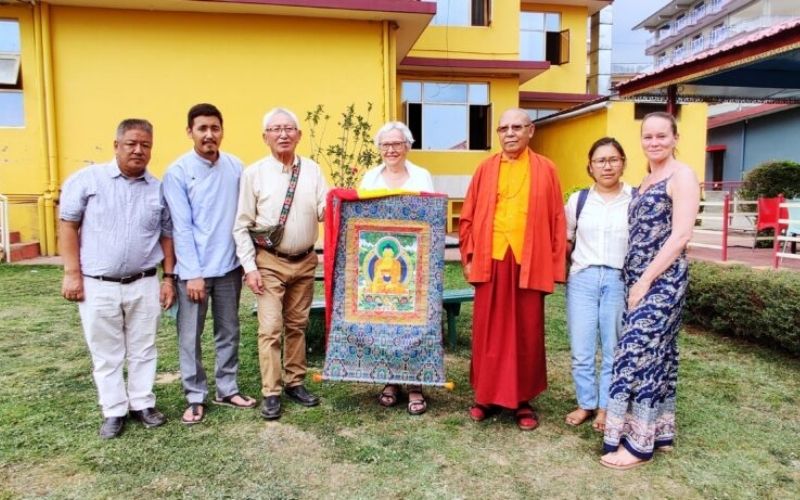 Bir: A delegation from the German Aid for Tibet (GAT) led by Ms. Heide Meyer visited the Tibetan settlement in Bir near Dharamshala in Himachal Pradesh from 21 – 23 May. Ms. Heide Meyer was accompanied by three of her colleagues from the Organisation.

On 21 May, the delegation visited the Tibetan Children’s Village in Gopalpur following which they were welcomed at Bir by the three settlement officers of Bir Tibetan Society, Bir Nangchen settlement and Bir Dege settlement.