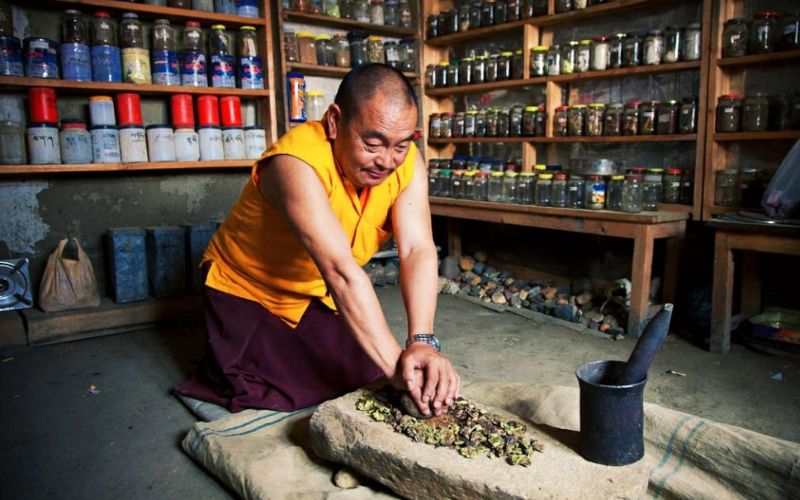 Lhasa: Northwest China's Gansu Province "donated" 15,120 boxes of Tibetan medicine to Belarus on Friday to help the country fight COVID-19, reported China state-affiliated media GLOBALink. According to the report, the shipment of Tibetan medicines manufactured by Ganzu Cheezang Industrial Group will leave for Belarus next week and this is the first time that Gansu province will donate Tibetan medicines. Earlier, donations of Tibetan herbal medicine were sent to affected areas in China during the first wave of COVID19.

According to Chinese media reports, “anti-epidemic supplies” including 100 tonnes of dried yak meat and 3,000 tonnes of drinking water were transported from Tibet to pandemic-hit Shanghai on 10th April 2022, as per decision by "TAR Party Committee and Government". Additionally, 5,000 tonnes of drinking water were transferred to China’s Jilin province. “To show its support for the eastern metropolis and the northeastern province battling a COVID-19 resurgence” Tibet was “donating” the supplies,  claimed CGTN news outlet.

Tibetan Review had noted in an article that sending such a donation in the name of an intensely Buddhist religious people who would refrain from such a large-scale killing of animals was meant to be a deliberate affront to them, given its ongoing Sinicization drive.

Such 'donations' by China have to be looked at with concerns as they are attempts to appropriate Tibetan medicine and exploit it for their benefit.