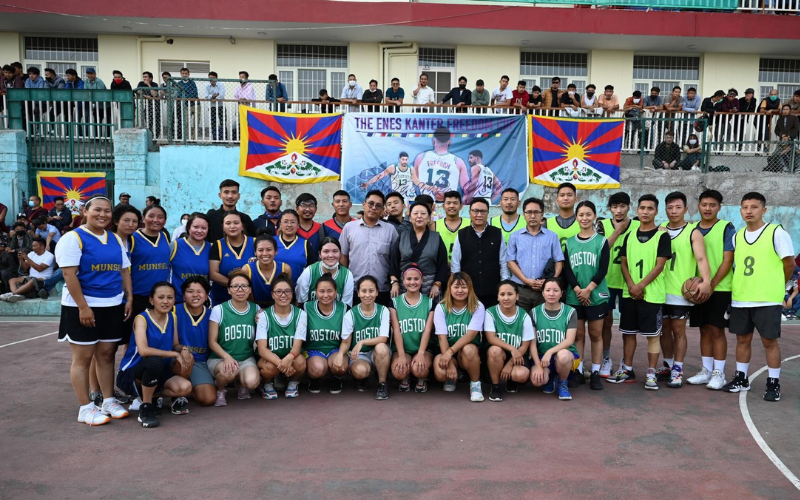 Dharamshala: Enes Kanter Freedom Cup tournament organised by five Tibetan youth volunteers based in Dharamshala to express gratitude to former American basketball player Enes Kanter Freedom for his expression of forthright support for the oppressed Tibetans and others living under Chinese rule, concluded here on 30 May 2022.

Appreciating the match organisers, Secretary Palden Dhondup characterised the tournament’s organisation as well-timed to revitalise after two years of the pandemic which distanced and isolated peoples. He further lauded and ensured support from the department to those who organise sports and dances at such times.